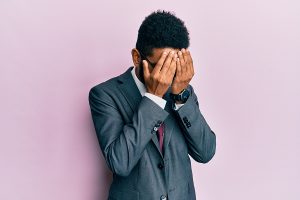 END_OF_DOCUMENT_TOKEN_TO_BE_REPLACED

Earlier this month, New Jersey’s Appellate Division recognized that New Jersey Law Against Discrimination (“LAD”)’s prohibition against ancestry discrimination does not prevent employers from discriminating against an individual because he is related to another employee.

In 2011, John Walsifer applied for one of two vacant positions as a police officer with the Borough of Belmar. Of the job applicants, Mr. Walsifer had the second highest score on the Civil Service test.  Erik Lieb, a military veteran, was at the top of the Civil Service list.  Michael Yee, who already worked for Belmar as a special police officer, was third on the list.

Belmar chose to hire Mr. Lieb and Mr. Yee and did not offer a job to Mr. Walsifer.  It was required to give a preference to Mr. Lieb in the hiring process because of his veteran status.  The Borough claimed it offered the position to Mr. Yee because of his experience as a special police officer, the related police training he had received, and the fact the he already was authorized to carry a service weapon.