Earlier this month, New Jersey’s Appellate Division recognized that New Jersey Law Against Discrimination (“LAD”)’s prohibition against ancestry discrimination does not prevent employers from discriminating against an individual because he is related to another employee.

In 2011, John Walsifer applied for one of two vacant positions as a police officer with the Borough of Belmar. Of the job applicants, Mr. Walsifer had the second highest score on the Civil Service test.  Erik Lieb, a military veteran, was at the top of the Civil Service list.  Michael Yee, who already worked for Belmar as a special police officer, was third on the list.

Belmar chose to hire Mr. Lieb and Mr. Yee and did not offer a job to Mr. Walsifer.  It was required to give a preference to Mr. Lieb in the hiring process because of his veteran status.  The Borough claimed it offered the position to Mr. Yee because of his experience as a special police officer, the related police training he had received, and the fact the he already was authorized to carry a service weapon. 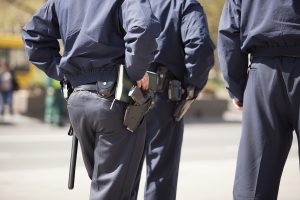 Mr. Walsifer filed a lawsuit against Belmar, claiming it discriminated against him based on his ancestry.  Specifically, he claimed the Borough chose not to hire him because two of his uncles, Mark and Nicholas Walsifer, already worked for the Police Department.

Mr. Walsifer also claimed Belmar chose not to hire him in retaliation for the fact that his uncles had each previously filed a lawsuit against the Borough.  He claimed this constituted retaliation in violation of the LAD and the New Jersey Civil Rights Act (“NJCRA”).

The trial judge dismissed the case, concluding the LAD’s prohibition against ancestry discrimination does not prevent an employer from discriminating based on “genealogical succession” or “line of descent.”  Rather, it is meant to prevent “racial, religious, ethnic or national ancestry.”   Since Mr. Walsifer admitted the Borough’s decision had nothing to do with his or his uncles’ race, religion, national origin or ethnicity, the trial judge found he failed to establish an ancestry discrimination claim.

The trial court also found that Mr. Walsifer could not establish a retaliation claim because he admitted he had not supported or participated in either of his uncles’ lawsuits, and neither of those cases involved a claim under the LAD.

On November 1, 2016, in Walsifer v. Borough of Belmar, the Appellate Division affirmed the trial court’s order dismissing the case.  The appellate court made it clear that ancestry discrimination does not mean a mere “family connection,” but rather discrimination based on national origin, religion, race or ethnicity.   It found there was no evidence of any such discrimination.

Similarly, the appellate court agreed that since there was no evidence that Mr. Walsifer had supported either of his uncles in a previous discrimination or civil rights case, he did not have a retaliation claim under either the LAD or the NJCRA.

Walsifer is a good reminder that not every form of discrimination is legally prohibited.  For example, employers can enforce anti-nepotism policies as long as they do not do so in a way that discriminates based on a legally-protected category such as gender, age, disability, race or religion.