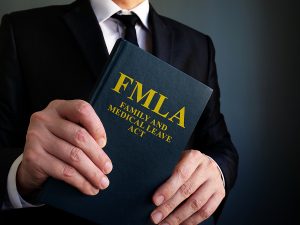 Three human resources employees subsequently met with Ms. VanHook to talk to her about her use of FMLA leave.  During that meeting, they offered Ms. VanHook an opportunity to view the surveillance video, but she refused and tried to turn in her badge.  Instead, Cooper fired Ms. VanHook for abusing FMLA leave.

VanHook filed a federal lawsuit, claiming Cooper retaliated against her in violation of the FMLA. The District Judge eventually granted the company’s motion for summary judgment, finding Ms. VanHook had no evidence demonstrating that Cooper’s justification for firing her, abusing FMLA leave, was a pretext (excuse) for retaliation. Ms. VanHook appealed.

On March 31, 2022, in VanHook v. Cooper Health System, the Third Circuit affirmed the dismissal of Ms. VanHook’s lawsuit.  It agreed with the District Court that Ms. VanHook did not have any evidence demonstrating that Cooper fired her in retaliation for taking FMLA leave.  In doing so, the Third Circuit noted that it would have been irrelevant if Ms. VanHook could prove she did not actually abuse her FMLA leave, since Cooper honestly believed she had done so.

The Third Circuit noted that there is nothing in the FMLA that prohibits an employer from monitoring an employee who is on an FMLA leave to ensure she is not abusing her leave. As a result, Cooper did not violate the FMLA by having Ms. VanHook surveilled.  It also concluded that, even if an employer needs a “reasonable suspicion” to conduct that type of surveillance, Cooper had a reasonable suspicion since one of her coworkers reported that she was abusing her FMLA leave and she often took FMLA leave before or after other days off.

While Cooper may not have violated the FMLA, it is not uncommon for employers to retaliate against employees in violation of it. If you believe your legal rights have been violated, you should feel free to contact Rabner Baumgart Ben-Asher & Nirenberg, P.C. at (973) 744-4000 to schedule a consultation with one of our New Jersey employment lawyers.