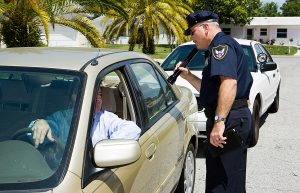 Five months after Anderson filed his lawsuit, Police Chief Phyllis Bindi told him the Department was going to skip over him for a promotion, and instead promote other lieutenants to captain. Anderson complained to Chief Bindi and a City Councilman, and the Department promoted him to captain the next day.  Anderson subsequently amended his lawsuit to add an additional claim that the Department violated CEPA during that promotion process.

The defendants moved for summary judgment on both of Anderson’s claims.  The trial court found Anderson reasonably believed the Department had implemented an illegal quota system.  However, it also found the alleged retaliation was not sufficiently severe or pervasive to have materially altered his employment.  Accordingly, it dismissed Anderson’s case.  Anderson appealed.

In Anderson v. City of East Orange, the Appellate Division found Chief Bindi’s threat to skip Anderson over for a promotion was not actionable because she rescinded the threat and promoted him the next day.  However, the court found a jury could conclude the other alleged harassment, when viewed as a whole, establishes a “pattern of prohibited retaliatory conduct.”  In doing so, it noted that Anderson stated under oath that the retaliatory actions had “a profound impact on [his] health and well-being and [had] caus[ed him] constant emotional distress,” including “anxiety, loss of sleep, mental anguish [and] humiliation” and claimed he lost approximately $10,000 to $12,000 because Cook assigned to the midnight shift.

The Appellate Division was careful to note that ordinarily an investigation of an employee cannot be considered retaliatory unless there is a “strong showing” that it was illegitimate.  But, it found Anderson’s evidence is sufficient for a jury to conclude the Department and Cook retaliated against him by making false accusations and instituting unnecessary investigations against him.

Finally, the Appellate Division found there was no basis to overturn the trial court’s ruling that a jury could find Anderson reasonably believed the productivity improvement system was an illegal quota system.  Accordingly, it sent his case back to the trial court to give Anderson an opportunity to prove his retaliation claim.