A recent case from the Third Circuit Court of Appeals reinforces the fact that an employee who objects to something he reasonably believes violates the law does not have to be correct to be protected by New Jersey’s whistleblower law, the Conscientious Employee Protection Act (“CEPA”). 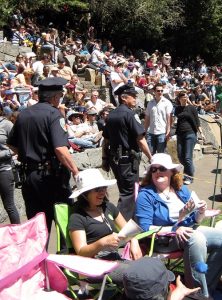 Police Officers Anthony Galiazzi, Charles Holland and John Williamson work for the Camden Police Department.  They objected to the department’s “directed patrols” policy because they believed it violated New Jersey’s anti-quota law.  Under Camden’s policy, police officers were required to speak to at least 18 (and in some instances at least 27) residents per shift for up to 15-20 minutes each.

Officers Galiazzi, Holland and Williamson objected to the directed patrols policy because they believed it violated New Jersey’s anti-quota law, which prevents police departments from requiring police officers to issue a minimum number of arrests or citations.  Among other things, they claim Camden retaliated against them in violation of CEPA by transferring them from the elite unit to regular patrol duty, reducing their salaries, taking away vacation, placing limits on their sick leave and having the Internal Affairs unit investigate them.

The District Court dismissed the officers’ CEPA claims for a variety of reasons.  First, it explained that the anti-quota law prohibits police departments from using quotas for arrests and citations, but Camden’s policy requires a minimum number of interactions between the police and civilians, not a minimum number of arrests or citations.  Based on that, it concluded that any police officer who read the statute would know it did not prohibit Camden’s directed patrol policy.  The District Court also found the officers did not have enough evidence to contradict Camden’s claim that it fired them because of poor performance, or to establish that their objections about the directed patrols policy contributed to Camden’s decision to take any of the adverse actions against them.

On November 17, 2016, in FOP v. City of Camden, the Third Circuit disagreed and reinstated the officers’ whistleblower claims.  It explained that CEPA protects employees who object about policies they reasonably believe violates the law, and concluded that the officers could have reasonably (but mistakenly) believed Camden’s policy violated the anti-quota law.

The Third Circuit also rejected Camden’s argument that the officers were not protected by CEPA because their objections were merely the “whining” of a “squeaky wheel.’”  In fact, the court found this characterization of the officers’ objections to be “offensive.”  In the process, it recognized that the issue the officers had raised, which relates to the interactions between police officers and members of the public and the corresponding public perception of the police department, is not a trivial matter but rather something that has potential constitutional implications.

However, the Third Circuit found that unlike the demotions and reductions in salary, the other alleged retaliatory actions Camden took against them, namely placing them on an “abuse of sick time” list, canceling their vacations and having an Internal Affairs officer visit them, were not significant enough to be actionable retaliation under CEPA.

Finally, the Third Circuit disagreed with the District Court’s conclusion that there was insufficient evidence for a jury to conclude that Camden’s decision to transfer the officers to regular patrol duty and decrease their salaries was retaliatory.  It explained that a jury needs to determine whether Camden took these actions because of the officers’ deficient job performance, or because of their objections about the directed patrols policy.  It further ruled that a jury could infer retaliation based on the fact that Camden took these adverse actions within a few days after they made their objections.  Finally, it concluded that the District Court should have considered the officers’ claim that a number of superior officers told them the reason they were transferred was because of their objections about the quota system.  Accordingly, the Court reversed the District Court’s dismissal of Officers Galiazzi, Holland and Williamson’s claims under New Jersey’s whistleblower law.