In September 2014, Police Officer Kathleen J. Delanoy told her employer, the Township of Ocean, that she was pregnant.  She also submitted a doctor’s note asking the Township to place her on light-duty work until the end of her pregnancy.  In response, the Department reassigned her to an administrative job in the records department and had her handle walk-in reports. 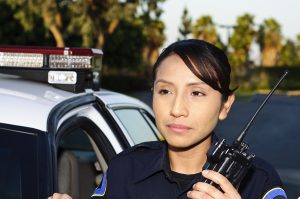 However, in late February or early March 2015, the Police Department forced Officer Delanoy to begin a maternity leave.  According to Officer Delanoy, at the time she was capable of continuing to perform the light-duty assignment.  The Police Department also required Officer Delanoy to use her accumulated paid time off during her maternity leave.  In contrast, under some circumstances the Chief of Police has the option of waiving the requirement for certain other employees to use paid time off during leaves of absence unrelated to pregnancy.

Officer Delanoy appealed.  On January 3, 2020, the Appellate Division issued a precedent-setting opinion.  Specifically, in Delanoy v. Township of Ocean the court held that the fact that the Chief of Police could waive the requirement to use paid time off for other leave of absences, but not for maternity leaves, violated the PWFA’s requirement to treat requests for accommodations during maternity leave no worse than other requests for time off.  Accordingly, it instructed the lower court to issue an order prohibiting the Police Department from continuing to follow that portion of its policy.  The appellate court further ruled that there needs to be a trial to determine whether officer Delanoy would have received a waiver of the requirement to use her paid time off if the Department’s policy had permitted her to seek a waiver.

In addition, the Appellate Division concluded that a jury needs to determine whether Ocean Township was required to permit Officer Delanoy to continue performing a light-duty job, rather than forcing her to take a maternity leave.  In reaching that conclusion, the Court relied on the fact that the PWFA expressly lists “temporary transfers to less strenuous or hazardous work” as an example of a reasonable accommodation.  The Appellate Court also concluded that a jury needs to determine whether permitting Officer Delanoy to continue working on light duty would have imposed an undue hardship on the Police Department.