The Third Circuit Court of Appeals recently recognized that an employee can bring a lawsuit under Title VII against the company where he works, even though he was hired and paid through a staffing firm. Title VII is a federal anti-discrimination law that prohibits employment discrimination based on gender, race, national origin, and religion. 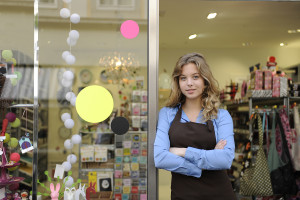 Matthew Faush was an employee of Labor Ready, a staffing firm. Labor Ready assigned Mr. Faush to work at Tuesday Morning, Inc., a retail business, at one of its stores. His job was to set up display shelves, unload and stock merchandise, remove garbage, and perform other similar tasks. Mr. Faush, who is African-American, claims Tuesday Morning made a racially-motivated accusation that he stole merchandise, subjected him to racial slurs, and fired him because of his race.

Mr. Faush filed a lawsuit against Tuesday Morning, claiming it discriminated against him because of his race in violation of Title VII. The District Court granted summary judgment to Tuesday Morning, finding Mr. Faush was not an employee of the store. Unlike the New Jersey Law Against Discrimination, Title VII protects only employees and not independent contractors.

On appeal, applying a previous United States Supreme Court case, the Third Circuit explained that when determining whether someone is an employee for purposes of Title VII a court should consider factors such as:

Under this test, it is possible an individual can be an “employee” of more than one entity, as either “co-employers” or “joint employers.”

Based on these and other facts, the Third Circuit concluded that a rational jury could find Mr. Faush was Tuesday Morning’s employee. Accordingly, it reversed the ruling granting summary judgment to Tuesday Morning, and remanded the case to the District Court.