Earlier today, New Jersey’s Appellate Division ruled that an employee is entitled to a trial to determine whether her employer fired her because it incorrectly perceived she was unable to perform her job due to an actual or perceived disability, obesity. The case largely turns on whether the employer’s physician relied on an accurate description of the physical requirements of her job. 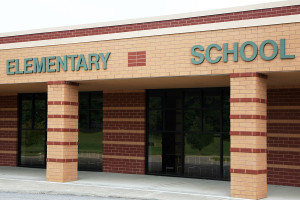 Barbara Sheridan worked as a custodian for the Egg Harbor Township Board of Education. Egg Harbor was concerned whether Ms. Sheridan could perform her job based on the fact that she was short of breath and her face was flushed after she performed certain more strenuous job duties. The school district also was concerned that Ms. Sheridan was unable to climb ladders, had trouble climbing stairs, and was a risk that she would injure herself or otherwise performing her job duties.

The school district sent Ms. Sheridan for a fitness for duty exam with an independent physician, who concluded she physically was incapable of performing all of her job duties. Relying on those conclusions, the school board fired Ms. Sheridan.

Ms. Sheridan sued. In her lawsuit, she alleges she adequately performed her job duties for more than 8 years, and asserts that Egg Harbor’s decision to fire her constitutes perceived disability discrimination in violation of the New Jersey Law Against Discrimination (“LAD”).

Egg Harbor filed a motion for summary judgment, asking the trial court to dismiss her case. The court granted the motion, finding the physician’s fitness for duty report provided the school board a non-discriminatory reason to fire Ms. Sheridan, and Ms. Sheridan could not show it true motive for firing her related to a discriminatory animus against obese workers.

On appeal, New Jersey’s Appellate Division reversed. In Sheridan v Egg Harbor Township Board of Educ., the court concluded that the school district had a legitimate basis to require Ms. Sheridan to attend the fitness for duty exam. However, it found a factual dispute about the accuracy of the job description that the physician relied upon in concluding Ms. Sheridan was unfit for duty. For example, although the job description indicated that custodians must be able to lift more than 75 pounds for 50 yards, an earlier version of the job description for the same position set the requirement at 50 pounds. The appellate court also noted that Ms. Sheridan’s supervisor testified that custodians need to lift objects weighing 75 pounds only twice per year. The court recognized that a reasonable juror could find the 75 pound requirement “is not a fair or realistic physical expectation to have for a school custodian,” and that the job description the physician relied upon may not have accurately reflected the actual requirements of her job.

The Appellate Division also observed that the fitness for duty exam did not test whether Ms. Sheridan was able to climb ladders, even though that was one of the primary concerns that led Egg Harbor to request the exam. Moreover, it explained that the basis for the district’s belief that Ms. Sheridan could not climb a ladder may have been based on her supervisor’s statement that she “would break the ladder so [she] should stay off [of] it.”

In short, the Appellate Division found there were numerous reasons to question whether Ms. Sheridan’s failure to meet certain aspects of the fitness-for-duty exam “fairly and accurately reflected an inability to perform her daily work tasks capably.” Accordingly, it concluded there are factual disputes that need to be resolved by a jury, and remanded the case for a trial.