A new ruling from the Appellate Division addresses when an employer can be liable for unlawful harassment by one of its employees toward a customer or patron.

The case was brought by Darien Cooper, who is gay.  Mr. Cooper received a massage at Rogo Brothers, Inc., which does business under the name Elements Massage (“Elements”).  The masseuse, Justine Middleton, asked Mr. Cooper about a tattoo on his arm.  During their ensuing conversation, Ms. Middleton told Mr. Cooper that she is Christian.  When Mr. Cooper later referred to his boyfriend, Ms. Middleton made demeaning and discriminatory comments about homosexuality.  For example, she told Mr. Cooper that gays “do not follow God’s design,” compared being gay with pedophilia, and implied she believes being gay is a choice.  Mr. Cooper found these comments humiliating.

Mr. Cooper sued Elements, alleging it engaged in sexual orientation discrimination against him in a “place of public accommodation,” in violation of the New Jersey Law Against Discrimination (“LAD”).  In addition to prohibiting workplace discrimination, the LAD also prohibits discrimination in places of public accommodation, such as a “retail shop, store, establishment, or concession dealing with goods or services of any kind.”  As a result, places like Elements cannot discriminate against their customers based on their sexual orientation (or, for that matter, based on their race, creed, color, national origin, ancestry, marital status, civil union status, domestic partnership status, sex, gender identity or expression, disability or nationality). 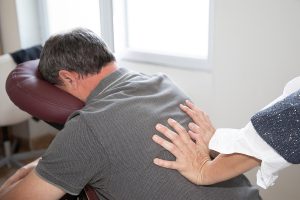 The trial court dismissed Mr. Cooper’s lawsuit.  In doing so, it assumed Ms. Middleton’s comments were intended to offend or discriminate against him, and caused him to believe he was not welcome to come back.  However, it found Mr. Cooper had not claimed Elements knew about her comments, let alone condoned them.  As a result, it ruled there was no basis to hold Elements legally responsible for her discriminatory remarks.

Mr. Cooper appealed, arguing that employers should be held strictly liable for unlawful harassment its employees commit in a place of public accommodation.  The appellate court disagreed, and like the trial court concluded that a customer has to prove the employer is “vicariously liable” for an act or discrimination by one of its employees.

Recognizing this was a new interpretation of the law, the Appellate Division reversed the trial court’s ruling and sent the case back for the lower court to determine whether Mr. Cooper should be entitled to an opportunity to try to obtain evidence through the discovery process to try to establish that Elements was liable for Ms. Middleton’s sexual orientation discrimination under that standard.

The Appellate Division’s opinion in Cooper v. Rogo Brothers, Inc. is unpublished, so it is not a binding precedent.