A recent decision by the District of New Jersey allows an employee’s reverse race discrimination claim to proceed to a trial. 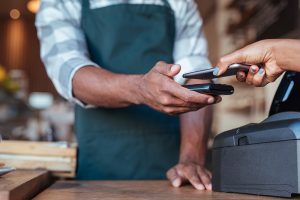 Shannon Phillips worked for Starbucks Corporation for 13 years, most recently as a Regional Director of Operations.  In April 2018, a Caucasian store manager within Ms. Phillips’ district called the police to a Starbucks store where two African American men were in the store, but had not made a purchase.  The two men were arrested.

This racial profiling incident received national media attention, and resulted in protests outside the store where it occurred.  In response, Starbucks publicly vowed to take actions “to repair and reaffirm our values and vision for the kind of company that we want to be.”

In May 2018, an African American employee at a location within Ms. Phillip’s district filed an internal complaint that his Caucasian supervisor, Benjamin Trinsey, was discriminating against African American employees in terms of their pay.  Around the same time, several employees made complaints about the management style of Paul Sykes, an African American District Manager in Ms. Phillip’s district.  Starbucks investigated the allegations about Mr. Trinsey and decided to suspend him.  However, it did not investigate the allegations about Mr. Sykes, let alone discipline him.

Ms. Phillip’s supervisors subsequently instructed her to suspend Mr. Trinsey.  In response, she indicated that the decision was unfair, and Mr. Trinsey is neither a racist nor involved with setting employee pay.  However, Ms. Phillips still followed her supervisors’ instructions and suspended him.

Ms. Phillips then filed a lawsuit against Starbucks alleging reverse race discrimination and retaliation in violation of Title VII of the Civil Rights Act of 1964 and the New Jersey Law Against Discrimination (“LAD”).  Starbucks eventually filed a motion for summary judgment, seeking to have the case dismissed.

In Phillips v. Starbucks Corp., the court denied Starbucks’ motion to dismiss Ms. Phillips’ race discrimination claims.  Despite the fact that Starbuck replaced Ms. Phillips with another Caucasian employee, it found a jury could find Starbucks engaged in reverse race discrimination.  First, it relied on evidence that Starbucks treated an African American employee, Mr. Sykes, more favorably than it treated Ms. Phillips.  Second, it considered evidence that Starbucks treated another Caucasian employee, Mr. Trinsey, worse than it treated his African American peer, Mr. Sykes. Third, it relied on the fact that race was “the topic of discussion” during the 27 day period between the racial profiling incident and its decision to fire her.  In fact, Mr. Sykes testified that he heard discussions that Starbucks wanted to send a “strong message” following the racial profiling incident, and he believed Ms. Phillips’ race played a role in Starbuck’s decision to fire her.

The court also found sufficient evidence to allow a jury to disbelieve Starbuck’s explanation for why it fired Ms. Phillips.  For instance, she had evidence she was fully present after the racial profiling incident, and provided emotional support to Mr. Sykes, Mr. Trinsey, and others during that period.  In fact, one of her supervisors described her as a “strong performer,” and provided examples of her “trying to engage the Black Partner Network” at Starbucks.  The court also relied on Starbucks’ lack of any documentation about Ms. Phillips’ supposedly poor performance.  Accordingly, the court denied Starbucks’ motion for summary judgement with respect to her race discrimination claims.

However, the court found Ms. Phillips never objected that she believed Starbucks was discriminating against Mr. Trinsey based on his race or color.  Rather, neither her complaint that the decision to suspend Mr. Trinsey was unfair, nor her assertion that he is not a racist, is protected by Title VII or the LAD.   Accordingly, the court dismissed her retaliation claims.