Starting soon, most job advertisements in New York City will be required to list the salary range for the job. 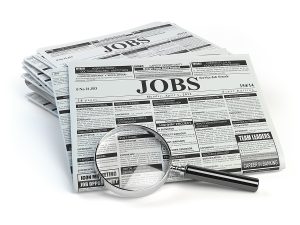 More specifically, the failure to include salary range information in a job posting will be unlawful discrimination in violation of the New York City Human Rights Law (“NYCHRL”).  To comply with the law, the salary range must not go beyond what the employer believes, in good faith, is the range it would pay someone for the job at the time of the job posting.

In most respects, the law will apply only to employers of at least four employees during the prior year, including independent contractors who are working “in furtherance of an employer’s business enterprise.”  However, when there is a claim of gender harassment, then the requirement will apply to employers of all sizes.

END_OF_DOCUMENT_TOKEN_TO_BE_REPLACED

Last last year, I discussed a federal case, Wang v. Phoenix Satellite TV US, Inc., which concludes that New York Law Does Not Protect Unpaid Interns From Sexual Harassment.  While that still may be true in the rest of New York State, New York City recently amended its anti-discrimination law to make it clear that both paid and unpaid interns are protected by the New York City Human Rights Law (NYCHRL). 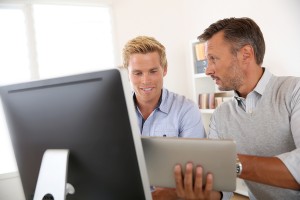 Specifically, on April 15, 2014, Mayor Bill de Blasio signed into law an amendment to the New York City administrative code which will protect interns in the same way the code currently protects employees.  The law goes into effect sixty days after it was signed.  As a result, starting on June 16, 2014, New York City law will protect interns who work in Manhattan, Brooklyn, the Bronx, Queens and Staten Island from discrimination based on their actual or perceived age, race, creed, color, national origin, gender, disability, marital status, partnership status, sexual orientation, alienage, citizenship, or status as a victim of domestic violence, a sex offense or stalking.  Likewise, New York City law will prohibit employers from harassing interns based on any of those categories, including prohibiting sexually harassment.  It also will prohibit employers from retaliating against interns because they complain about employment discrimination or harassment in the workplace.

The new law defines “intern” to include anyone who (1) receives training or supplements the training they are receiving in an educational environment and (2) receives work experience for the benefit of an employer, and (3) does so under the close supervision of an employer’s staff.  It includes such individuals irrespective of whether he or she is paid or unpaid.  It is unclear whether this may leave a gap of individuals who do not fit the administrative code’s definition of either “employee” or “intern,” such as individuals who receive the required training or work experience, but not both.  However, the alternative potentially would have covered students who receive training for universities and other educational institutions, a group which the New York City Council apparently did not intend to protect.