Rabner Baumgart Ben-Asher & Nirenberg is delighted to announce that Omar A. López has become Of Counsel to our firm.  Prior to joining us, Mr. López had his own firm in downtown Montclair at which he primarily represented employees and individuals in employment and business matters. 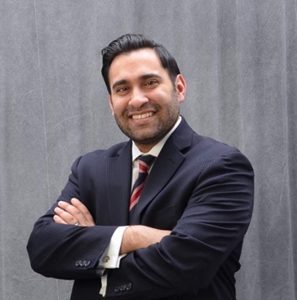 Mr. López, who speaks fluent Spanish, is admitted to practice law in state and federal court in New Jersey and New York, as well as the United States Supreme Court. Mr. López is a former board member of the National Employment Lawyers Association – New Jersey (NELA-NJ), and an active member of both the Hispanic Bar Association of New Jersey (HBA-NJ) and the New Jersey Bar Association’s Labor and Employment Law Section. Having started his career as a labor attorney representing union workers, Mr. López has helped try several employment law matters to verdict, and has achieved many favorable verdicts and results in administrative matters in both employment and non-employment matters. In December 2016, he co-counseled the matter of Melissa Bailey v. Randolph Police Department and achieved a favorable verdict on behalf of Police Officer Bailey regarding her claims of hostile work environment and retaliation under the New Jersey Law Against Discrimination.

Mr. López was selected to the Rising Star list for Plaintiff’s Employment Law for the 2017 Super Lawyers publication, maintained by Thompson Reuters. A description of the selection methodology is available on the Super Lawyers website. The Rising Star distinction is awarded to 2.5% or less of practicing attorneys in the state.

No aspect of this advertisement has been approved by the Supreme Court of New Jersey.