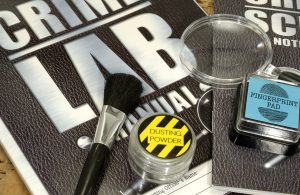 The Appellate Division reversed.  It explained that CEPA defines retaliation to include not only being fired, suspended or demoted, but also “other adverse employment action taken against an employee in the terms and conditions of employment.”

The appellate court further recognized that, contrary to the trial court’s finding, a jury could find that Det. Scozzafava’s transfer was not merely a lateral transfer but rather a demeaning transfer.  For example, Det. Scozzafava’s experience prior to joining Somerset County had been in the State Police’s Crime Scene Investigation Unit for 12 years, and there was evidence that he accepted the job with Somerset County with the understanding that he would continue in that role.  Further, Det. Scozzafa had been in Somerset County’s Crime Scene Investigation Unit for nearly eight years before the County transferred him to the fugitive squad.  It observed that Det. Scozzafava was unable to use the expertise he had gained over the previous 20 years, or to continue to develop those skills, in the fugitive unit.

Moreover, the Appellate Division indicated that Det. Scozzafava has lost overtime pay opportunities as a result of the transfer, as demonstrated by the thousands of dollars of overtime pay he received per year prior to the transfer but no longer receives in his new role.  It explained that the New Jersey Supreme Court has recognized that “any reduction in an employee’s compensation,” including a lost opportunity to earn more overtime pay, is enough to constitute an adverse employment action.