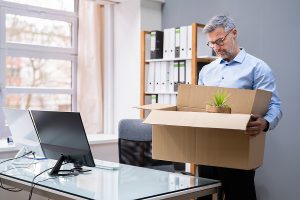 Perhaps the most important change made by the amendment is that it deletes a provision which had permitted employers to refuse to hire a new employee, or promote a current employee, because he or she is over 70 years old.  The statute now prohibits employers from using age as a factor when making any hiring or promotional decisions irrespective of whether or not the employee is over 70 years old.

Similarly, the amendment deleted a provision that permitted public employers from including a mandatory retirement age in a tenure contract, or a similar arrangement relating to tenure, if the “retirement age bears a manifest relationship to the employment in question.”  Going forward, mandatory retirement provisions for tenured state, county and municipal employees are permissibly only if the employee is unable to adequately perform his or her job duties.

Broader Remedies for Victims of Forced Retirements Due to Age

Finally, the amendment removed limitations that previously required an employee who was forced to retire because of his or her age to bring a claim through to the New Jersey Division on Civil Rights (“DCR”), and limited their damages to just reinstatement with back pay (past lost wages).  Now, such an employee also has the option of filing a lawsuit, and his or her damages potentially can include things like front pay (future lost wages), emotional distress damages and punitive damage.

These changes to the LAD went into effect immediately.  You can read the full text of the amendment, also known as A681, by clicking here.

If you have experienced age discrimination or another violation of your workplace rights, then please feel free to contact us online or to call us at (201) 777-2250 to schedule an initial consultation with one of our employment lawyers.