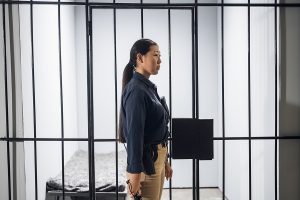 Officer Pritchett sued the State of New Jersey, claiming it violated the LAD by failing to accommodate her disability and discriminating against her based on its perception that she had a disability.  The case went to a trial.  The jury found in favor of Officer Pritchett, and awarded her $1,824,911 in compensatory damages, plus $10 million in punitive damages.

The State appealed.  The Appellate Division affirmed the finding that the State was liable for discriminating against Officer Pritchett, but remanded the case for the trial court to further review the amount of the punitive damages award to determine whether the amount of punitive damages had “some reasonable relation to the injury inflicted and the cause of the injury.”

Like in any case under the LAD, punitive damages are available against a public entity only if the conduct was especially egregious, and there was actual participation or willful indifference by upper management.

In its opinion, the Supreme Court emphasized the fact that a “court’s responsibility to review awards of punitive damages for reasonableness is heightened when such damages are awarded against a public entity” because public money is at stake.  Accordingly, in such cases, the trial judge “must scrutinize with great care the amount of the award to determine whether it is proportionate to the harm suffered by the plaintiff.”

Ultimately, the Supreme Court ruled that the case should be remanded to the trial court, so it can engage in the required heightened scrutiny of the amount of the punitive damages award.  The Court made it clear that, in doing so, the trial court should focus three factors:

The Court also made it clear that the first of those three factors is the most important.