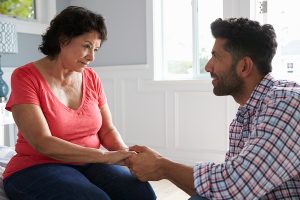 Mr. Calio took off December 15, 2018 as part of this intermittent FMLA leave without any issue. However, when he subsequently took off January 6 and January 14, 2019, his supervisor, Lt. Charyetta Hinson, recommended disciplining him. Lt. Hinson made that recommendation because Mr. Calio had exceeded his FMLA leave since he was trying to take additional time off within 30 days after December 15, 2018, but he only had permission to take off one week per month. The DOC suspended Mr. Calio for taking unapproved time off.

The DOC claims that, after Mr. Calio’s January 6, 2019 absence, it asked him to provide new documentation from his mother’s doctor so it could adjust his family leave. However, Mr. Calio claims the DOC did not ask him to do so until after it suspended him.

Mr. Calio filed a lawsuit in which he alleges the DOC violated the FMLA and the NJFLA. In the meantime, the DOC decided not to suspend Mr. Calio, but instead treated his time off as sick days.

The Court concluded that if the DOC asked Mr. Calio to recertify his leave before it suspended him, but he failed to do so within 15 days, then his absences in January 2019 were not protected by the FMLA. But, if the DOC did not ask Mr. Calio to recertify his FMLA leave until after it suspended him, then his absences were protected by the FMLA, and the DOC’s decision to discipline him for taking that time off would violate the FMLA. Accordingly, the Court denied both Mr. Calio’s and the DOC’s motions for summary judgment.