On February 28, 2011, New Jersey’s Appellate Division issued an unpublished opinion ruling that a jury should decide whether the New Jersey Department of Corrections (“DOC”) retaliated against one of its employees, Bienvenido Montalvo.

Mr. Montalvo worked for DOC as a senior corrections officer at Northern State Prison (“NSP”). On October 5, 2004,he filed a complaint with the United States Equal Employment Opportunity Commission (“EEOC”) in Newark, New Jersey. He claimed several superior officers harassed and retaliated against him because of his national origin, Hispanic/Puerto Rican. The EEOC sent Mr. Montalvo’s Charge of Discrimination to DOC in Trenton on October 7. It is unclear exactly when NSP received a copy of Mr. Montalvo’s Notice of Charge of Discrimination, but the evidence seems to indicate that DOC received it sometime in October 2004.DOC Unfairly Disciplined Mr. Montalvo After He Complained About Discrimination

On November 4, 2004, Mr. Montalvo received a notice of disciplinary action charging him with conduct unbecoming and other sufficient causes for allegedly assaulting a prisoner on October 28. DOC suspended him without pay pending a hearing, and told him he was subject to potentially being fired. However, after a hearing in December 2004, the charges against Mr. Montalvo were dismissed because DOC failed to present any evidence to support them. Mr. Montalvo was then reinstated to his job with full back pay.

Mr. Montalvo sued DOC and six of its employees alleging national origin discrimination and retaliation in violation of the New Jersey Law Against Discrimination (“LAD”), among other claims. However, the trial court dismissed his retaliation claim, finding he did not have enough evidence to support it. 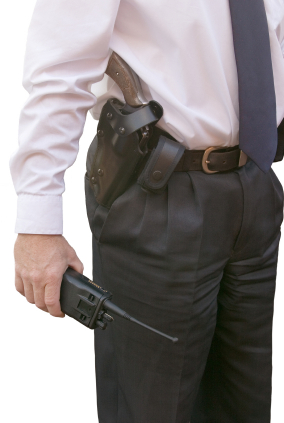 The Appellate Division disagreed, and instead ruled that Mr. Montalvo is entitled to a trial. It concluded that he suffered an “adverse employment action” because a reasonable employee might not file a discrimination claim if he knew his employer would respond by falsely accusing him of committing an assault, suspending him without pay, and forcing him to defend himself at a disciplinary hearing. It further found it is possible for a jury to find from the evidence that DOC knew about Mr. Montalvo’s EEOC complaint when it disciplined him. The Court concluded that a reasonable jury could believe the discipline was retaliatory, based on evidence including the fact that (1) DOC suspended him less than a month after he filed his Charge of Discrimination with the EEOC; (2) the officers who brought the disciplinary charges against him told him he had a target on his back and they wanted to fire him in October 2004; and (3) DOC sought to discipline him despite a videotape and several reports from the day of the alleged assault which confirmed he had done nothing wrong. Accordingly, the Appellate Division sent Mr. Montalvo’s case back to the trial court for a jury trial.

If you have been fired because you reported discrimination, your legal rights may have been violated. Learn more about your rights as an employee in New Jersey and New York by contacting an experienced employment lawyer.