The Third Circuit Court of Appeals recently ruled that when an employee submits a deficient medical certification in support of a request to take time off pursuant to the Family Medical Leave Act (“FMLA”), the employer has to give the employee an opportunity to correct the deficiencies before it can deny the request. The Third Circuit is the federal appellate court which handles appeals stemming from New Jersey, Pennsylvania, Delaware and the Virgin Islands. 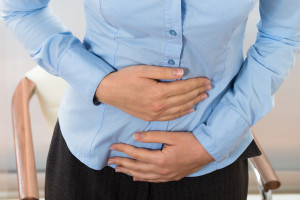 Deborah Hansler worked for Lehigh Valley Health Network as a technical partner. In March 2013, she began experiencing medical symptoms including shortness of breath, nausea and vomiting. On March 13, she requested an intermittent FMLA leave and submitted her doctor’s supporting medical certification form. The certification indicated that she needed two days off per week for approximately a month. However, it did not identify her medical condition because her doctor had not yet diagnosed her.

Ms. Hansler took a total of 5 days off from work for medical reasons between March 13 and March 25, 2013. Lehigh Valley never asked Ms. Hansler or her doctor to explain why she needed this time off. Instead, on March 28, 2013, the company fired her for “excessive absences” including the five days she took off due to her medical condition. When Ms. Hansler reminded Lehigh Valley that she had requested time off pursuant to the FMLA, Lehigh Valley told her it had denied her request for a leave.

After Lehigh Valley fired her, Ms. Hansler received a letter dated March 26, 2013 indicating that the company denied her request for a medical leave because her “condition presently does not qualify as a serious health condition under the criteria set forth by the [FMLA].”

In early April, after she had been fired, Ms. Hansler’s doctor diagnosed her with diabetes and high blood pressure. According to Ms. Hansler, those medical conditions caused the symptoms that necessitated her time off from work in March.

Ms. Hansler sued Lehigh Valley, alleging it violated the FMLA by denying her a medical leave and by firing her because she requested one. The District Court dismissed her case, finding she was not protected by the FMLA because her medical certification did not establish that she had a “serious health condition” that would have entitled her to time off pursuant to the FMLA.

However, the Third Circuit Court of Appeals disagreed. In Hansler v. Lehigh Valley Hospital Network, it held that Lehigh Valley was required to give Ms. Hansler an opportunity to cure the deficiencies in her doctor’s certification before it could deny her request for a medical leave. It explained that the United States Department of Labor’s regulations require that, whenever an “employer does not have sufficient information about the reason for an employee’s use of leave, the employer should inquire further of the employee . . . to ascertain whether leave is potentially FMLA-qualifying.” The regulations also require employers to specify, in writing, what information they believe is missing from an employee’s FMLA medical certification. Lehigh Valley never sought any such information from Ms. Hansler.

In further support of its ruling, the Third Circuit noted it is not uncommon for a doctor to need time to diagnose a medical condition. As a result, “the difference between a medical certification that supports [FMLA] leave and one that is deficient might be a matter of days.” Thus, even though Ms. Hansler’s doctor had not diagnosed her condition when she initially requested her leave, she presumably would have been able to provide that information if her employer had requested additional information.

Similarly, the Third Circuit ruled that the evidence could support a finding that Lehigh Valley fired Ms. Hansler in retaliation for requesting an FMLA leave. Accordingly, it reinstated that claim to give Ms. Hansler an opportunity to try to prove it.