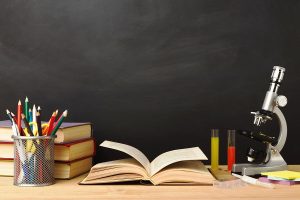 Unfortunately, on March 5, 2013, shortly before her lunch period, Ms. Richter was hypoglycemic and suffered a seizure.  She lost consciousness, hit her head and face on a lab table and the floor, was bleeding profusely and had to be taken to the hospital.  Her fall caused her serious permanent injuries including the total loss of smell, substantial loss of taste, loss of a tooth and other injuries to her face and teeth, tinnitus, insomnia, neck and shoulder pain, altered speech, post-concussion syndrome, vertigo and decreased life expectancy.

Ms. Richter filed a lawsuit against the Board of Education and Mr. Desiderio, alleging they violated the LAD by failing to accommodate her disability.  However, the trial court dismissed her case, concluding Ms. Richter could not establish a violation of the LAD because she did not suffer an adverse employment action.  Ms. Richter appealed.

In its June 11, 2019 opinion, the Appellate Division reversed that ruling.  It concluded that, in certain “unusual” circumstances, an employee can establish that a failure to accommodate her disability forced her to continue to work without an accommodation, in violation the LAD.  Accordingly, it remanded her case for a trial.

In addition to concluding that Ms. Richter is entitled to a trial on her failure to accommodate claim, the appellate court concluded that if Ms. Richter wins her trial, then a jury must decide whether to award punitive damages.  In doing so, the Appellate Division implicitly concluded that her allegations are sufficient for a jury to conclude the defendants acted with “actual malice” or a “wanton and willful disregard” of her rights.