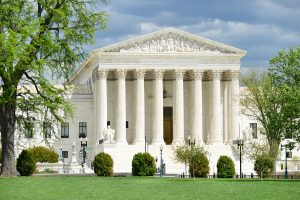 Earlier this month, the United States Supreme Court ruled that filing a Charge of Discrimination is not required for a court to have jurisdiction over a lawsuit under Title VII of the Civil of Rights Act of 1964.

Title VII is a federal law that prohibits discrimination based on race, color, religion, sex and national origin.  It requires employees to file a Charge of Discrimination with the United States Equal Opportunity Commission (“EEOC”), wait at least 180 days for the EEOC to investigate the claim, and then receive a “Right to Sue” letter before they can file a lawsuit.

Lois Davis worked for Fort Bend County, Texas.  She made an internal sexual harassment complaint to the County’s human resources department.  After Fort Bend subsequently reduced her job responsibilities, she filed a Charge of Discrimination with the EEOC claiming she was the victim of retaliation for reporting the sexual harassment.

Ms. Davis never amended her Charge of Discrimination to assert a claim that Fort Bend failed to accommodate her religion or that it fired her because of her religion.  She eventually received a Right to Sue letter regarding her retaliation claim, and filed a lawsuit in which she claimed the County fired her because she reported sexual harassment and because it failed to accommodate religious belief.

The District Court eventually dismissed Ms. Davis’ entire case, but Ms. Davis appealed.  The Circuit Court of Appeals for the Fifth Circuit reinstated her religious discrimination claim, and the case returned to the District Court.

Ms. Davis appealed again, and the appellate court once again reversed the District Court’s decision.  The Fifth Circuit concluded that the requirement to file a charge of discrimination with the EEOC is not jurisdictional, and that Fort Bend waived that requirement by waiting so long before it asserted a defense based on Ms. Davis’ failure to pursue her religious discrimination claim in the EEOC.

Fort Bend asked the United States Supreme Court to review the case, and it agreed.  On June 3, 2019, in Fort Bend County, Texas v. Davis, the Supreme Court affirmed the Fifth Circuit’s ruling.  It concluded that although employees are required to file their claims with the EEOC before they can file a Title VII lawsuit, that is merely a procedural, rather than a jurisdictional, requirement.  It further concluded that the procedural requirement can be waived, and that Fort Bend had waived it.  Accordingly, the Supreme Court affirmed the Fifth Circuit’s ruling that Ms. Davis can proceed with her religious discrimination claim even though she never filed a Charge of Discrimination with the EEOC regarding that claim.