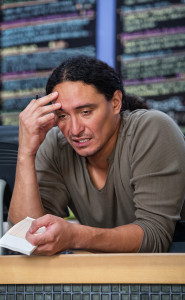 The Second Circuit Court of Appeals recently ruled that the parties to a lawsuit cannot agree to dismiss a case under the Fair Labor Standards Act (“FLSA”) as part of a settlement unless they have the approval of a Judge or the United States Department of Labor (“DOL”). The FLSA is a federal wage and hour law which establishes minimum wage and overtime requires.

Dorian Cheeks worked as a server for Freeport Pancake House, Inc. and W.P.S. Industries, Inc. He filed a lawsuit in the Eastern District of New York against both companies in which he asserted claims under the FLSA and New York Labor Law. He is seeking unpaid overtime pay and liquidated (double) damages, as well as attorneys’ fees. He also alleges that the Pancake House demoted him and eventually fired him because he objected about the company’s failure to properly pay overtime to him and its other employees, and is seeking damages for his past and future lost wages.

Mr. Cheeks and the Pancake House eventually agreed to settle the case. Accordingly, they filed a stipulation with the court seeking to have the case dismissed with prejudice. However, the court refused to dismiss the case. Instead, it directed the parties to file a copy of their settlement agreement as part of the public record, and to explain why they believe the settlement is “fair and reasonable.” The Court did so because the FLSA prohibits employees from waiving their rights under it unless their settlement agreement either was supervised by the DOL or approved by a court.

Despite the court’s instruction, the parties did not file a copy of their settlement agreement, presumably because, like most settlements in employment law cases, they agreed to keep the terms confidential. Instead, they asked the court to certify a question to the Second Circuit, namely whether they had the right to agree to dismiss their case without needing the court’s approval. The district court did so, and the Second Circuit agreed to hear the appeal.

On August 7, 2015, the Second Circuit concluded that the parties’ attempt to dismiss the case was improper. In essence, it found they were trying to circumvent the requirement that either a court or the DOL approve settlements of FLSA claims. Therefore, in Cheeks v. Freeport Pancake House, Inc., it ruled that parties could not voluntarily dismiss FLSA cases.

The appellate court acknowledged its ruling is likely to make it more difficult for parties to amicably resolve FLSA cases. It noted that many such cases are too small to warrant employees filing lawsuits or even administrative actions with the DOL, and many employers cannot afford to engage in legal proceedings. However, it also explained that the FLSA’s requirement to obtain approval of any settlement in an FLSA case is intended to protect one of the primary purposes of the FLSA, namely “to prevent abuses by unscrupulous employers, and remedy the disparate bargaining power between employers and employees.” Accordingly, it remanded the case to the district court for further proceedings.