A recent employment law case from the District of New Jersey demonstrates that you might be entitled to time off from work for a disability under the New Jersey Law Against Discrimination (“LAD”) even if you are not protected by the Family & Medical Leave Act (“FMLA”).

Colleen Pizzo worked as a custodian for the Lindenwold Board of Education. Ms. Pizzo suffers from bipolar depression. She took several days off from work for depression after her girlfriend and coworker died in February 2012. A few months later she took approximately 6 weeks off for depression pursuant to the FMLA. She continued to take additional time off due to her depression after she returned from that medical leave. 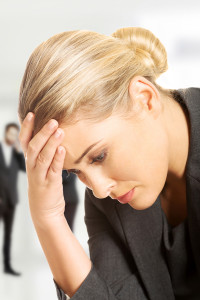 By March 2013, Ms. Pizzo had taken 12 weeks of FMLA leave during the previous 12 months. She asked the Board to allow her to use “sick bank,” meaning sick leave donated by her coworkers, so she could take time off for “work-related stress.” The Board ignored her request.

According to Ms. Pizzo, on March 21, 2013 she called out sick. Although she apparently needed this time off due to her depression, she did not say that when she called out. Ms. Pizzo remained out of work, and on March 28, 2013 the Board fired her. It claimed she said she did not know when she was going to return to work and it could not permit an “indefinitely” leave of absence.

Ms. Pizzo sued, claiming the Board fired her in violation of the FMLA and the LAD. Both parties eventually moved for summary judgment, asking the judge to enter a judgment in their favor.

In Pizzo v. Lindenwold Board of Education, the court dismissed Ms. Pizzo’s FMLA claims. It recognized a factual dispute about whether Ms. Pizzo was entitled to an additional 12 weeks of FMLA starting on January 1, 2012. However, it ruled that even if she still had FMLA time left in March 2012, since she did not mention depression or any other serious health condition when she called out sick on March 21, her request was “inadequate to alert [the Board] that she was invoking her FMLA rights.” Accordingly, the court concluded that request for time off was not protected by the FMLA.

The judge also dismissed Ms. Pizzo’s claim that the Board discriminated against her in violation of the LAD by firing her because of her disability, bipolar depression. Among other things, it found no evidence to disprove the Board’s explanation that it fired Ms. Pizzo because she requested an indefinite leave of absence. Although the LAD can require employers to permit employees to take time off from work as a reasonable accommodation for a disability, they are not required to permit indefinite medical leaves.

However, the court refused to dismiss Ms. Pizzo’s claim that the Board violated the LAD by failing to provide a reasonable accommodation for her work-related stress. Specifically, the Board failed to engage in an “interactive process” to discuss what accommodation Ms. Pizzo needed for this disability. In fact, it did not even communicate with her about her request until March 21, the day on which it both denied her request and fired her.

Similarly, the court did not dismiss Ms. Pizzo’s claim that the Board fired her because she requested this accommodation. It explained that firing an employee because she requested an accommodation for a disability would be retaliation in violation of the LAD. It noted that Ms. Pizzo requested this accommodation on March 16, 2012, and the Board denied her request and fired her only 16 days later. The court found that based on this close timing between Ms. Pizzo’s request for an accommodation and the Board’s decision to fire her, especially when combined with the Board’s failure to engage in the interactive process, would permit a jury to conclude the Board retaliated against Ms. Pizzo in violation of the LAD.