A recent ruling by New Jersey’s Appellate Division makes it clear that, in some circumstances, an employee can enforce an employment contract even if the individual who entered into it on behalf of the company did not have the authority to do so.

The case was filed by four individuals, Arkadiusz Lukaszewski, Dariusz Gocal, Tadeusz Ogrodnik, and Ryszard Klysinski.  They each worked for Jasticon, Inc. as bricklayers.  They claim another employee, Piotr Zablocki, promised them “they would be given long-term employment” with Jasticon for “at least 18 months.”  They also claim Mr. Zablocki assured them they would work on “big projects” in New Jersey and that they “would never run out of work.”

Nonetheless, the company fired them after less than a year.  They subsequently filed a lawsuit in which they asserted numerous claims, including breach of an 18-month employment contract. 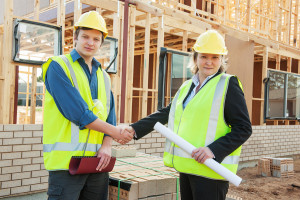 On appeal, New Jersey’s Appellate Division agreed that there was no evidence Mr. Zablocki had the actual authority to guarantee the employees would have jobs for at least 18 months.  However, it found a question of fact with respect to whether he had apparent authority.

In an unpublished opinion, Lukaszewski v. Jasticon, Inc., the Appellate Division found there was enough evidence for a jury to find Jasticon led the four employees to believe Mr. Zablocki had the authority to guarantee them jobs with the company for at least 18 months.  It relied on the fact that Mr. Zablocki was the only person who offered them employment with the company, and they actually worked for and were paid by Jasticon after he did so.  In fact, Jasticon admitted that Mr. Zablocki hired them. It only disputed that he had the authority to guarantee them jobs for 18 months, as opposed to offering them employment at will.

Accordingly, the appellate court reversed the lower court’s ruling that had granted summary judgment to Jasticon.  It concluded there needs to be a trial to determine whether Mr. Zablocki had apparent authority to guarantee the four employees jobs for at least 18 months, and whether Mr. Zablocki actually assured them that they would have jobs for that long.

For additional information, you may want to read my previous article:  The Doctrine of Apparent Authority.