The Third Circuit Court of Appeals recently reinstated an employee’s class action overtime pay lawsuit under Fair Labor Standards Act (FLSA) and the New Jersey Wage and Hour Law (NJWHL).  In doing so it recognized successor companies can be liable for their predecessors’ overtime violations, and individual owners and supervisors can be held personally liable under both of those laws. 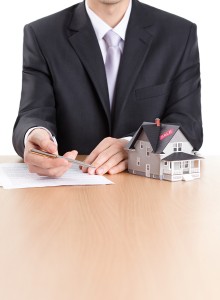 Ms. Thompson claims Security Atlantic and REMN both failed to pay her and other mortgage underwriters time-and-a-half when they worked more than 40 hours per week, in violation of both the FLSA and the NJWHL.  Specifically, she alleges mortgage underwriters worked through lunch and at home to complete their assignments on time, but were not paid overtime because the companies misclassified them as exempt employees.

In Thompson v. Real Estate Mortgage Network the Third Circuit reversed, ruling Ms. Thompson’s allegations could support finding that Security Atlantic and REMN were her joint employers.  Joint employment is when two or more companies “exert significant control” over the same employee.  I discussed the test to determine whether a company is a joint employer in a previous article, Third Circuit Holds Parent Company Not Responsible For Wholly-Owned Subsidiary’s Overtime Violations.

The Third Circuit also concluded the allegations could support finding REMN liable for REMN’s overtime violations as Security Atlantic’s successor in interest.  Under federal law, the factors to determine successor liability are (1) the continuity between the workforce and business operations of the two companies, (2) whether the successor had notice of the predecessor’s legal obligations, and (3) the predecessor’s ability to pay its legal obligation.  It found support for the first factor since Ms. Thompson claims after February 2010 REMN operated the same as Security Atlantic had in the past.  It found support for the second factor since most of REMN’s former management worked for Security Atlantic, making it likely they were aware of any past overtime violations.  Likewise, it found support for the third factor since REMN is apparently defunct, suggesting it would be unable to pay any damages awarded to Ms. Thompson.

Finally, the Third Circuit reversed the District Court’s decision to dismiss the two individual defendants, Mr. Lamparello and Mr. Chapman, from the case.  It explained that a company’s owner, officer or supervisor can be personally liable as a joint employer under the FLSA if he or she had (1) supervisory authority over the employee and (2) some responsibility for the alleged violation.  Since Ms. Thompson alleges Mr. Lamparello and Mr. Chapman are co-owners of REMN, run the company’s day-to-day operations and make decisions about hiring, firing and compensation, they potentially could be personally liable for the alleged overtime violations.