In my previous article, Employer Must Provide Job Description So Employee Can Assess Need for Reasonable Accommodation, I discussed a case which addresses an employee’s right to a reasonable accommodation for a disability. The same case also demonstrates the power of direct evidence of discrimination. 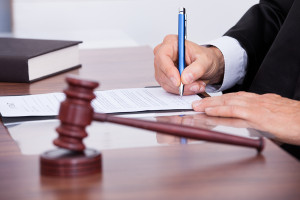 As I previously discussed, Bertolotti v. Autozone, Inc. involves Penelope Bertolotti, a Regional Human Resources Manager for AutoZone, Inc. Ms. Bertolotti requested a medical leave for her disability, gastroparesis. As a result of her medical condition Ms. Bertolotti took two weeks’ off in October 2012, returned to work for a week, and then requested an additional month off. Her doctor subsequently extended her return to work date to February 1, 2013.

In the meantime, on December 12, 2012, AutoZone sent Ms. Bertolotti a letter which indicates that her leave of absence was not covered by the Family Medical Leave Act. The same letter stated that AutoZone was replacing her, but would “attempt to place [her] in an available position” when she is ready to return to work.

In his opinion, the judge found this letter is direct evidence of disability discrimination. He explained that, based on the letter “a reasonable jury could find that Defendants’ decision to remove [Ms. Bertolotti] from her position as Regional HR Manager was motivated by [her] inability to return to work because of her medical condition.”

The United States District Court for the District of New Jersey explained that when a jury decides whether AutoZone reasonable believed Ms. Bertolotti’s disability prevented her from performing her job, the relevant question is what AutoZone knew and expected at the time it decided to remove her from her job, not what it subsequently learned. In other words, AutoZone violated the law unless, when it made the decision to replace her in December 2012, it had a reasonable belief that she would be unable to perform her job duties by February 1, 2013. In making that determination it is irrelevant whether, in hindsight, Ms. Bertolotti actually would have been able to return to work in February, or at any subsequent date, since that could not possibly have been something AutoZone considered when it made the decision to replace her.