By February 1, 2013, Ms. Bertolotti still was unable to return to work. On February 7, she asked to extend her medical leave through March 28. At the time, her doctor indicated she had several permanent medical restrictions, including that she could be near a battery charging station or a theft detector like the ones at the front of AutoZone Stores, and could not engage in “excessive or repetitive bending, twisting or stretching.” 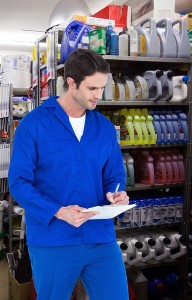 By November 2013, Ms. Bertolotti’s doctor still had not cleared her to return to work. Since she had been out of work for a year, AutoZone administratively terminated her employment.

Ms. Bertolotti sued. Among her claims, she alleged AutoZone failed to accommodate her disability in violation of the New Jersey Law Against Discrimination (“LAD”).

AutoZone eventually filed a motion for summary judgment, seeking to dismiss her claims. With respect to Ms. Bertolotti’s failure to accommodate claim, in Bertolotti v. Autozone, Inc. the Court found the company failed to meet its obligation to “engage the employee in the interactive process of finding accommodations” that would have permitted her to perform her job. Rather, the company refused to even identify potential jobs for her until her doctor cleared her to return to work. The Court ruled that the company was required to engage in the interactive process before Ms. Bertolotti was cleared to return to work.

The Court further explained that although AutoZone failed to engage in the interactive process, to prevail on her claim Ms. Bertolotti still needs to identify a reasonable accommodation that would have allowed her to return to work. The Court recognized that Ms. Bertolotti had told her supervisor that, as an accommodation for the restriction that prohibited her from passing the theft detection device at the main entrance to AutoZone’s stores, she could have entered through the fire exit or delivery entrances.

Further, the judge recognized a jury could conclude that Ms. Bertolotti would have been able to return to work by March 28. Ms. Bertolotti claims she could have returned by then, but AutoZone refused to provide her job duties, which made it impossible for her doctor to confirm she could have perform her job despite her medical restrictions. In contrast, the company argues it could not identify a job for her until it knew when she was able to return to work. The Court concluded that a jury eventually will need to resolve this factual dispute.