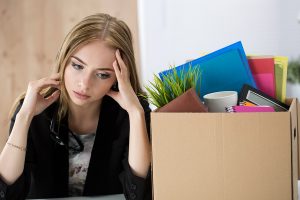 The United States Supreme Court recently ruled that in constructive discharge cases the 45-day deadline for federal employees to contact the United States Equal Employment Opportunity Commission (“EEOC”) begins on the day the employee resigned.  A constructive discharge occurs when an employee resigns after the “working conditions become so intolerable that a reasonable person in the employee’s position would have felt compelled to resign.”

One of the requirements for a federal employee to bring a claim under Title VII is that he has to contact an EEOC counselor within 45 days after the “matter alleged to be discriminatory.”  Notably, for employees who work for private companies or the state or local government in New York or New Jersey there is a longer 300 day deadline to file a Title VII claims with the EEOC.  Likewise, there is a 2 year statute of limitations to file claims under the New Jersey Law Against Discrimination and a three year statute of limitation under the New York State Human Rights Law.

On December 16, 2009, Mr. Green entered into a settlement agreement with the Postal Service.  The agreement gave him the option of either accepting a demotion with a transfer to another state at a much lower salary, or resigning.  On February 9, 2009, he submitted his resignation.  Mr. Green contacted the EEOC about his retaliation claim on March 22, 2009, which was 41 days after he resigned.

At some point after Mr. Green filed a lawsuit, the Postal Service filed a motion seeking to have his case dismissed on the basis that he did not contact the EEOC within 45 days after the alleged discrimination occurred.  The District Court granted the motion and the appellate court affirmed.

In Green v. Brennan the Supreme Court reversed.  It held that ordinarily a statute of limitations or other similar filing deadline does not begin to run until the claim is “complete.”  It explained that a constructive discharge is not complete until the employee resigns, since an employee cannot bring such a claim until after he has resigned.  As the Court indicated, this is comparable to a wrongful termination claim, which is not actionable until after the employee has been fired.

The Court recognized there can be circumstances when an employee continues to endure severe discrimination even though a reasonable person in his position would have resigned, such as an employee who cannot afford to leave his job.  The Court also explained that an employee in that situation might not want to file a complaint of discrimination while he is still employed out of fear the employer will fire him in retaliation for doing so.

In response to a concern raised in a concurring opinion, the Court made it clear that to establish a constructive discharge it is not necessary to prove the employer intended to force the employee to resign.  Rather, if the employee resigned because his working conditions were so intolerable that a reasonable person would have felt compelled to resign, then the court must treat “the employee’s resignation as though the employer actually fired him.”

Finally, the Court noted that the 45-day period begins to run on the day the employee tenders his resignation.  For instance, if an employee gives two weeks’ notice of his resignation then the 45 days begins when he gave notice rather than on the last day he actually works for the employer.