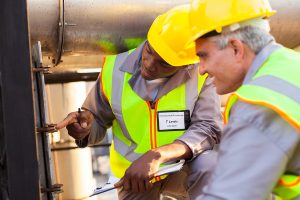 However, the District Court granted Chesapeake and STI’s a motion to dismiss the case.  It concluded the alleged harassment was not sufficiently “pervasive and regular” to be legally actionable, there was no basis to claim Mr. Castleberry and Mr. Brown had been fired due to their race, and their objections were not protected from retaliation since a reasonable person would not believe the supervisor’s statement was unlawful.

Mr. Castleberry and Mr. Brown appealed.  On July 14, 2017, in Castleberry v. STI Group, the Third Circuit reversed the lower court’s ruling.  It noted that the District Court improperly required them to prove the harassment was pervasive and regular, since harassment is legally actionable if it is either severe or pervasive.  The court clarified that in determining whether harassment is severe or pervasive you have to look at the totality of the circumstances, including “the frequency of the discriminatory conduct; its severity; whether it is physically threatening or humiliating, or a mere offensive utterance; and whether it unreasonably interferes with an employee’s work performance.”

Applying that test, the Third Circuit held that the supervisor’s single use of a racist term, such as the “n-word,” can be severe enough by itself to be actionable harassment under Section 1981 if it was so “extreme to amount to a change in the terms and conditions of employment.”  The Court noted that in this case, the supervisor used the racist slur in the context of threatening to fire employees and that Chesapeake fired Mr. Castleberry and Mr. Brown shortly thereafter.  It further found that when coupled with the fact that someone wrote a racially discriminatory comment on the sign-in sheet on more than one occasion, it is possible the harassment also was pervasive.

The Third Circuit similarly found there was enough evidence to support a claim that Chesapeake and STI fired Mr. Castleberry and Mr. Brown because of their race and/or because they objected to the supervisor’s harassment.  Accordingly, it reinstated their case and sent it back to the District Court.