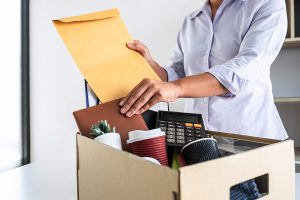 Although Ms. Fowler believed she was qualified for the senior system engineer job, she quickly acknowledged that she was not a good match for the role.  Accordingly, she requested permission to look for other positions within AT&T, which her supervisor granted in May 2016.

In October 2016, AT&T placed Ms. Fowler on surplus status again, but this time she did not find another position within the 60 day period.  As a result, AT&T fired her on December 27, 2016.

Ms. Fowler sued AT&T for age and disability discrimination in violation of the LAD, the Americans with Disabilities Act (“ADA”) and the Age Discrimination in Employment Act (“ADEA”).  However, the trial court dismissed her case.  Ms. Fowler appealed.

On appeal, the Third Circuit Court of Appeals concluded that AT&T’s decisions to place Ms. Fowler on surplus status were adverse employment actions.  Specifically, it found that by making Ms. Fowler’s employment conditional, AT&T took an adverse employment action against her.  It noted that if it was necessary for the employee to lose her job as a result of such a decision for it to be actionable, then supervisors could engage in “not-in-my-backyard” discrimination by transferring minority employees to other division of the company without violating the law.  It explained that the fact that Ms. Fowler found another job at AT&T merely lessened the harm of the adverse employment action on her.