Last week, I discussed a case dealing with the defense to Family & Medical Leave Act (“FMLA”) claims based on the employee’s inability to perform the essential functions of her job. The same case also addresses the employee’s claim that her employer retaliated against her for taking an FMLA leave. Specifically, Vanessa Budhun claims her employer, Reading Hospital and Medical Center, replaced her before her FMLA-protected leave ended.

The District Court dismissed Ms. Budun’s retaliation claim on the basis that (1) she was unable to return to work before her 12 weeks of FMLA leave expired, (2) she was neither fired nor experienced another adverse employment action, and (3) there was not enough evidence to prove she was fired because she requested an FMLA leave. 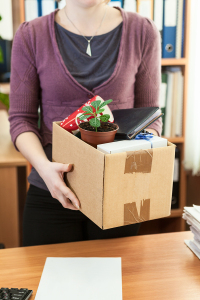 On appeal, the Third Circuit rejected all three of those arguments. First, it rejected the argument that Ms. Budhun was unable to return to work before her FMLA leave expired. It did so for the same reasons it found Reading Hospital could have interfered with her FMLA rights, as discussed in last week’s article: FMLA Requires Medical Support for Employer Denying Reinstatement Based on Employee’s Inability to Perform Essential Job Functions.

The District Court concluded Ms. Budhun voluntarily resigned because the company never told her she was fired and she failed to return to work before her 12 weeks of FMLA-protected leave expired. The Third Circuit disagreed. It recognized that a reasonable jury could find Ms. Budhun experienced an adverse employment action when Reading permanently replaced her and told her to pick up her personal belonging and to return her company badge and keys. Reading did not offer Ms. Budhum another job, and instead told her she was ineligible to transfer to another position within the hospital. According, the Third Circuit held that even though Ms. Budhum was not expressly fired, she had experienced an adverse employment action.

Finally, the Third Circuit found that a jury could find Ms. Budhun established a link between her FMLA leave and her termination.  Reading Hospital argued there was more than a two month gap between Ms. Budhun’s request for an FMLA leave in August 2010 and the company’s decision to replace her in November 2010. However, the Third Circuit recognized a jury could conclude Reading decided to replace her as early as September 15, which was before her protected FMLA leave had expired, and only about a month after she requested this leave. It found this relatively short time between her request for an FMLA leave and the company’s decision to replace her is “unusually suggestive” of retaliation, and therefore sufficient to support a retaliation claim. Accordingly, in Budhun v. Reading Hospital and Medical Center the Court ruled that a jury must decide whether the company retaliated against Ms. Budhun, and reversed the District Court’s order dismissing that claim.