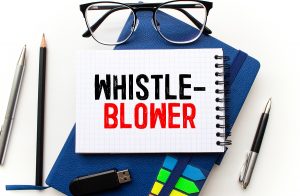 In the past, to be protected by New York’s Whistleblower Law, an employee had to prove he or she objected about (1) an action of the employer that actually violated a law, rule, regulation; and (2) the violation created a substantial and specific danger to public health or safety.

In contrast, after the amendment an employee only has to prove he or she reasonably believes (1) the employer’s activity, policy or practice was violating the law or a rule or regulation; and (2) the activity poses a substantial and specific danger to public health or safety.  The amendment also clarifies that an employee is protected from retaliation whether or not he was acting within the scope of his or her job duties.

In addition, previously an employee who reported a violation to the government would not be protected from retaliation unless he or she first reported it to a supervisor, and gave the employer an opportunity to correct it.  Now, there are numerous exceptions to that requirement, including if:

In addition to protecting current employees, the Whistleblower Law will protect former employees, as well as independent contractors who are hired to “carry out work in furtherance of an employer’s business enterprise.”

The statute already prohibited employers from retaliating against an employee by firing, demoting, suspending, or taking other adverse action against him or her with respect to the terms of conditions of employment.

The amended statute now expressly makes it unlawful to “threaten, penalize, or in any manner discriminate against any employee or former employee exercising his or her rights under” it, including but not limited to:

Further, the statute now makes it clear that an employee who is fired in violation of the statute can receive front pay (meaning future lost wages) as an alternative to being reinstated to his or her former job.

It also states that employees can recover punitive damages, meaning damages to punish the employer, if the employer’s violation of the statute was “willful, malicious or wanton.”

Right to a Jury Trial

Finally, the new statute requires all employers to conspicuously post a notice about the law.