In a recent opinion, a federal judge ruled that nine retired Jersey City Police Sergeants who prevailed in their employment discrimination and retaliation lawsuits should have their economic damages awards increased to offset the negative tax consequences of receiving a lump sum payment rather than receiving higher salaries and pensions over time. 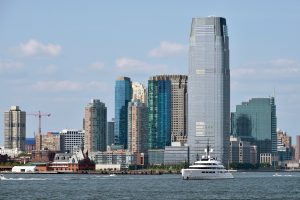 The opinion stems from two lawsuits that were consolidated for purposes of trial.  Between the two cases, nine retired Police Sergeants sued Jersey City, its former Mayor, Jerramiah Healy, and its former Police Chief, Robert Troy, for failing to make any promotions to Lieutenant from a 2003-2006 promotional list.  They alleged Jersey City’s decision to do so constituted discrimination based on political affiliation and expression discrimination, in violation of the First Amendment, and was retaliation because one of the Sergeants, Valerie Montone, objected about gender discrimination, in violation of the New Jersey Law Against Discrimination (“LAD”).

The case went to trial and the jury found that Jersey City had discriminated and retaliated against all nine of the plaintiffs.  It awarded economic damages totaling more than $2.2 million, or an average of more than $240,000 per person.

The jury awarded those economic damages based on the plaintiffs’ economic expert’s calculations of the past and future salary and pension losses each of them will experience as a result of not being promoted to Lieutenant.  The plaintiffs’ expert adjusted her calculations for present value, meaning the fact that receiving money today is more valuable than receiving it in the future because, for example, receiving it earlier allows you to invest the money and start earning interest sooner.

However, the damages awards did not take into account the fact that each of the plaintiffs will end up paying higher taxes because they each will receive a lump sum payment instead of receiving a higher salary and pension over the rest of their lives.  Since federal taxes are graduated, meaning you pay a higher percentage of taxes when you earn more money in a single year than if you received the same total amount of money over a number of years, receiving money in a lump sum will result in having to pay higher taxes than receiving the same total amount spread over a number of years.  Accordingly, after the trial, the former employees filed a motion which sought, among other things, to increase (“gross-up”) their economic damages to offset this negative tax consequence of receiving a lump sum payment.

On July 23, 2018, in Montone v. City of Jersey City and Astraib v. City of Jersey City the trial judge granted the motion.  He explained that the LAD is intended to be interpreted broadly and to make victims of unlawful discrimination and retaliation whole for all of their losses.  Relying on an unpublished opinion by New Jersey’s Appellate Division, and a federal case interpreting the American’s with Disabilities Act (“ADA”), he ruled that this can include awarding a tax gross-up.  However, the Judge gave the defendants an opportunity to hire an economic expert to contest the plaintiff’s expert’s calculation of the amount of the appropriate gross-up.