In a recent case, a federal judge in the District of New Jersey denied an employer’s motion for summary judgment because the employer failed to meet its very limited burden to provide a legitimate non-discriminatory reason why it failed to promote her. 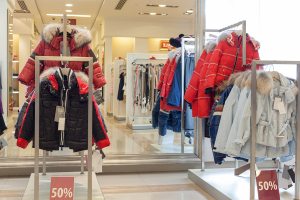 Virginia Forchion, claims Sears Outlet Stores, LLC, failed to promote her to the position of lead sales associate because of her age, gender, and race. She filed a lawsuit under the New Jersey Law Against Discrimination (“LAD”). Sears asked a trial judge to dismiss her case on a motion for summary judgment. The judge denied the motion, finding Sears failed to provide any explanation why it hired Bradley Stonehouse, a younger white male, for the position instead of promoting Ms. Forchion.

To understand why the judge denied Sears’ motion, it is necessary to understand how judges analyze employment discrimination claims. Since proving discrimination case can be difficult, judges apply something called the McDonnell Douglas test. Under that test, the burden shifts back and forth between the employer and the employee.

First, the employee has to establish a basic (or “prima facie”) case of discrimination. This relatively limited requirement is intended to weed out cases that are not consistent with the possibility that the employer discriminated against the employee.

If the employer presents a legitimate non-discriminatory reason for its decision then the burden shifts back to the employee to prove it is more likely than not that the employer’s decision was discriminatory. Most cases are won or lost at this final stage. But that is not what happened in Ms. Forchion’s case.

Rather, on its motion Sears asked the judge to dismiss Ms. Forchion’s case because she never applied for the promotion. It argued she had to prove she applied for the position as part of her prima facie case.

The judge also recognized that Ms. Forcion’s age, gender and race are legally protected categories under the LAD. He indicated that she testified she had the most seniority in her department, was familiar with the duties of lead sales associate, and was at least as qualified as anyone else for the job. Based on this evidence he concluded that Ms. Forchion had met her initial burden.