However, a recent ruling by the New Jersey Supreme Court recognizes that to be valid, an arbitration agreement has to make it clear you are waiving your right to pursue your case in court. The case, Atalese v. U.S. Legal Services Group, L.P., was decided in the context of a consumer contract dispute. However, it seems likely the same principle would apply to employment law arbitration agreements.

The arbitration provision in the Atalese case states that “any claim or dispute . . . shall be submitted to binding arbitration upon the request of either party.” It also indicates that an arbitrator will “resolve the dispute” and the “decision of the arbitrator shall be final.” 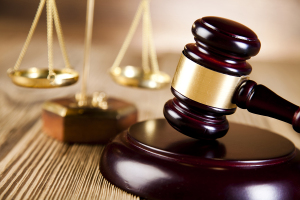 The New Jersey Supreme Court explained that arbitration agreements, like other contracts that waive an individual’s constitutional or statutory rights, have to be clear to the average person. The Court concluded that although the provision in question makes it clear the parties agreed to resolve their disputes in arbitration it does not say anything about waiving their right to go to court. It also does not explain what arbitration is or how it is different from a proceeding in court.

Ultimately, the Supreme Court ruled the arbitration provision was unenforceable because it does not contain anything making it clear that the individual was waiving his or her right to pursue a claim in a court of law. The court explained that no “magic words” are necessary to make this clear. However, to be enforceable an arbitration agreement in a consumer contract has to make it clear, one way or another, that the individual is agreeing arbitration will be the exclusive remedy and is giving up the time-honored right to sue.

Applying that principle, the Court found the language in the arbitration agreement did not make it “sufficiently clear to a reasonable consumer” that he/she is waiving his/her right to sue. Accordingly, it found the agreement is not enforceable and the case can proceed in court.

The Supreme Court did not directly address whether the same principle apply to employment law cases. However, it relied on numerous previous employment law cases in support of its ruling. In fact, one of the cases the Court cited, Leodori v. CIGNA Corp., holds that arbitration provisions in employment contracts must “reflect that an employee has agreed clearly and unambiguously to arbitrate the disputed claim.” This makes it seem likely a similar provision in an employment contract would not be enforceable. Accordingly, it is likely courts will not enforce employment arbitration agreements unless they make it clear the employee is waiving his or her right to sue in court.