Last month, a judge in the United States District Court for the District of New Jersey ruled that an employee who files a wage and hour claim with the New Jersey Department of Labor (“NJDOL”) can be protected from retaliation under the Fair Labor Standards Act (“FLSA”) even if her original claim did not assert that her employer violated the FLSA.

Veronica Reilly worked for Quick Care Medical, P.C., as an office manager. She filed a claim seeking to recover unpaid vacation time and overtime pay with the NJDOL. Specifically, she claimed the company failed to pay her $673.20 to which she was entitled when she used a week of her accrued vacation time. She also claimed she was improperly denied $168.40 in overtime pay. She brought her claims under two state laws, the New Jersey Wage Collection Statute and the Wage Payment Law Statute. Ms. Reilly won both of her claims, and the NJDOL ordered Quick Care to pay the full $841.60 she sought in vacation and overtime pay. 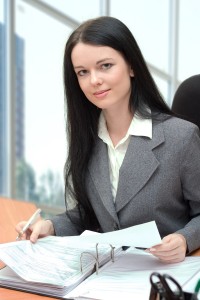 Ms. Reilly filed a lawsuit alleging that both Quick Care and Dr. Misra violated the FLSA by firing her because she filed her claim with the NJDOL. The FLSA is a federal law which, among other things, regulates employee compensation and overtime pay. It also prevents an employer from firing an employee because he or she makes a complaint related to one of the FLSA’s provisions.

Quick Care and Dr. Misra asked the court to dismiss Ms. Reilly’s claim, arguing the FLSA’s anti-retaliation provision did not apply because she filed her original claim under New Jersey law rather than under the FLSA. However, the court disagreed. It explained that the FLSA does not indicate it protects an employee only if he or she files a claim that expressly refers to the FLSA by name. Rather, it protects employees who bring claims “related” to the statute. The court found this means the claim must relate to an issue covered by the FLSA, such as a claim about wages or overtime pay. It noted that numerous other courts have reached the same conclusion that the FLSA prohibits employers from retaliating against employees because they file wage and hour claims in state agencies. Thus, in Reilly v. Quick Care Medical it ruled that Ms. Reilly’s complaint to the NJDOL is covered by the FLSA’s anti-retaliation provision. Accordingly, it permitted her to continue to pursue her case.

For more information about retaliation claims under the FLSA you might want to read our previous article: U.S. Supreme Court Rules FLSA Forbids Retaliation Against Employees Who Make Oral Complaints.