A recent ruling by New Jersey’s Appellate Division demonstrates that an employer can commit disability discrimination in violation of the Americans with Disabilities Act (“ADA”) if it requires an employee to attend a psychiatric fitness for duty exam without a sufficient basis to do so.

Paul Williams worked for the Township of Lakewood, New Jersey as a truck driver for the Department of Public Works (“DPW”). In March 2013, Lakewood received an anonymous letter which claimed Mr. Williams’s coworkers “dread” working with him and “everyone knows he has some sort of mental issues” that lead to daily “tirades and outbursts.” The letter asked Lakewood to get Mr. Williams help, and to take steps to ensure the safety of his coworkers. 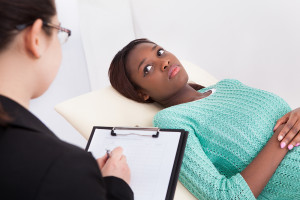 Lakewood waited more than eight months before it did anything in response to the letter. In December 2013, it ordered Mr. Williams to attend a psychological fitness for duty examination, and warned him he would be subject to discipline if he failed to attend. Mr. Williams refused to attend the exam, claiming it violated his rights under the ADA. True to its warning, Lakewood fired Mr. Williams.

At the OAL hearing, the DPW’s director testified that Mr. Williams was at times confrontational, but as a worker he was no different from any of his coworkers. The director also admitted he did nothing to investigate the allegations in the anonymous letter and did not know whether Mr. Williams’ supervisor did anything to investigate.

After the hearing, the Administrative Law Judge (“ALJ”) recommended reversing Lakewood’s decision terminating Mr. Williams’ employment. Among other things, the ALJ concluded that Lakewood’s requirement that Mr. Williams attend the psychiatric evaluation was neither “reasonably related” to his job duties nor “consistent with business necessity.” The ALJ also found “no evidence of a risk of injury to a fellow employee or the public, and no evidence or allegation of physical contact with another employee.”

However, the Civil Service Commission rejected the ALJ’s findings. It concluded Lakewood had the right to require Mr. Williams to undergo the fitness for duty exam. However, it found termination was too severe a punishment, and instead imposed a 6-month suspension on Mr. Williams for refusing to attend the evaluation. It also required Mr. Williams to undergo a psychological exam to make sure he was capable of performing his job before he could return to work.

Mr. Williams appealed, and New Jersey’s Appellate Division reversed. It ruled that Lakewood did not have a lawful basis to require Mr. Williams to undergo a psychological fitness for duty exam. It agreed with the ALJ that the ADA prohibits employers from requiring employees to undergo medical tests, including a psychiatric fitness for duty evaluation, unless it is job-related and consistent with business necessity.

The Appellate Division relied heavily on a United States Equal Opportunity Commission (“EEOC”) Enforcement Guidance, which explains that to require an employee to attend a medical exam, an employer must have “a reasonable belief, based on objective evidence, that: (1) an employee’s ability to perform essential job functions will be impaired by a medical condition; or (2) an employee will pose a direct threat due to a medical condition.” Further, the employer’s conclusions must be based either on its own observations or other reliable information from credible sources.

Applying these requirements, in In the Matter of Williams the Appellate Division concluded that Lakewood did not have a lawful basis to require Mr. Williams to attend a fitness for duty exam. Rather, the DPW admitted its concerns about his job performance were not a basis for requiring the exam, and the anonymous letter contained unreliable information from an unknown source. Accordingly, the court reversed the Commission’s ruling, ordered Lakewood to reinstate Mr. Williams with back pay, and instructed the Commission to consider Mr. Williams’ request for attorney’s fees.