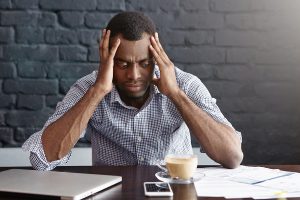 In July 2012, the Port Authority took issue with the fact that Mr. Egan was reporting the approximate number of hours he took off pursuant to the FMLA, instead of his actual time off.  According to Port Authority, this was “causing a hardship in his department.”

In October 2012, the Port Authority fired Mr. Egan while he was out on an FMLA leave.  It claimed his reassignment to the Engineering Department was completed and it was eliminating all “economic development functions.”  However, prior to this assignment, economic development had been only a small portion of Mr. Egan’s job duties.

Mr. Egan then filed a lawsuit in which he alleged the Port Authority retaliated against him for taking time off pursuant to the FMLA.  The case eventually proceeded to a trial.  Mr. Egan’s lawyer asked the District Court to give the jury a mixed-motive instruction, which would have meant that the judge would have told the jury that the Port Authority had the burden to prove it would have fired Mr. Egan even if he had not taken an FMLA leave.

However, the District Judge declined to do so because he did not believe the mixed-motive proof pattern applies to FMLA cases, and could not apply to Mr. Egan’s case because he did not have “direct evidence” of retaliation.  Instead, the judge instructed the jury that Mr. Egan had the burden to prove his FMLA leave made a difference in the Port Authority’s decision to fire him.  The jury found that Mr. Egan failed to prove that the Port Authority retaliated against him in violation of the FMLA.

Mr. Egan appealed to the Third Circuit.  In its March 21, 2017 opinion in Egan v. Delaware River Port Authority, the Third Circuit reversed the District Court’s ruling.  It relied on a United States Department of Labor (DOL) regulation which states that the FMLA prohibits an employer from “discriminating or retaliating against an employee or prospective employee for having exercised or attempted to exercise FMLA rights,” and that “employers cannot use the taking of FMLA leave as a negative factor in employment actions.”  The appellate court interpreted this regulation to mean that when an employer makes an employment decision, such as a decision to fire an employee, it cannot place “negative weight” on the fact that the employee took an FMLA leave, which it concluded means the mixed-motive proof pattern does apply to FMLA retaliation claims.

The Third Circuit further ruled that the mixed-motive proof pattern applies if there is “evidence from which a reasonable jury could conclude that the [employer] had legitimate and illegitimate reasons for its employment decision and that [the employee’s] use of FMLA leave was a negative factor in the employment decision.”  In other words, it held that an employee does not need direct evidence of retaliation for the mixed-motive proof pattern to apply.