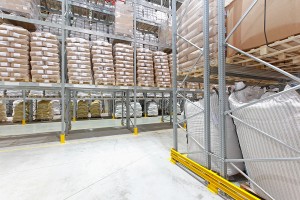 Mr. McQuillan was the only Caucasian employee who worked on the floor of the distribution center. He alleges (1) his supervisors and most of his coworkers were Hispanic; (2) signs were posted in the workplace in Spanish without English translations; (4) his coworkers constantly referred to him by the terms “gringo” and “maricon,” which are derogatory terms for foreigners and homosexuals, respectively; (3) a manager praised Mr. McQuillan’s work by saying it was “not bad for a white boy;” and (4) the company’s management did not take any actions to stop the harassment. He also claims the company caused him to have lower productivity than his coworkers by not giving him a headset that would have made it easier to perform one aspect of his job even though it provided them to non-Caucasian employees who were hired after him, and by assigning him to lift heavier pallets than his non-Caucasian peers. The court found these facts, if proven, could meet the heightened standard to prove reverse discrimination because they could support an inference that Petco is the unusual employer that discriminates against employees because they are white.

The court also found that Mr. McQuillan’s allegations are sufficient to support a harassment claim. To be legally actionable, harassment has to be severe or pervasive enough to create a hostile work environment. The court noted that even though each individual act of harassment Mr. McQuillan experience was not severe enough to be actionable on its own, when considered together they could create a hostile work environment and therefore could be legally actionable. Accordingly, in McQuillan v. Petco Animal Supplies Stores, Inc. the court denied Petco’s motion to dismiss Mr. McQuillan’s harassment claim, thereby providing him an opportunity to try to prove his case.