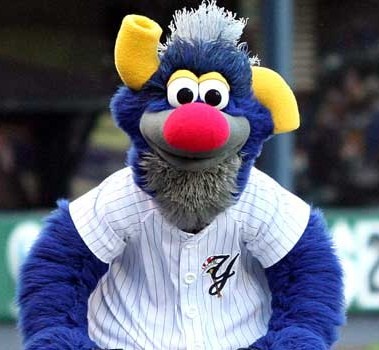 Last Wednesday, a mascot who worked for the Scranton/Wilkes-Barre Yankees minor league team filed a federal lawsuit claiming the team violated the Fair Labor Standards Act (“FLSA”) and state law because it failed to pay him for his overtime hours. Specifically, Brian Bonnor’s lawsuit alleges the team improperly designated him as a “manager” to avoid paying him time-and-a-half when he worked more than 40 hours in a week.

Specifically, Mr. Bonnor, who was laid off by the New York Yankees’ AAA affiliate in January, alleges he was paid a salary of $22,000 per year to dress up as the team’s mascot, Champ, and make appearances at games and other events. However, his lawsuit claims he had no supervisory or managerial job duties. He also claims he sometimes worked 80-hour weeks, but the team never paid him for his overtime. The team denies it violated the law.

The FLSA is a federal wage and hour law. It requires employers to pay most employees time-and-a-half for their overtime hours unless they fall into specifically defined categories, including certain “executive,” “administrative,” and “professional” employees. Companies that violate the FLSA can be required to pay the employee not only for their unpaid overtime, but if the violation is “willful” they also can be required to pay double damages (called “liquidated damages”). An employee who wins a case under the FLSA also can recover his attorney’s fees and litigation costs.

END_OF_DOCUMENT_TOKEN_TO_BE_REPLACED

Starting on October 26, 2009, employers in New York State must give newly hired employees written notice of their regular hourly pay rate. For employees who are entitled to receive overtime pay, employers also must state their overtime rate. Employers also need to obtain written confirmation from new employees, confirming they received the required information.

These new requirements are an amendment to New York Labor Law Section 195(1). Their purpose is to “allow workers to determine whether their paychecks properly reflect the hourly wage rates their employers agreed to at the time of hiring, including the overtime rate.” They are a response to the fact that many employees are only told their annual or weekly salary when they are hired, which makes it difficult to determine their hourly and overtime pay rates. The new law also should help minimize any confusion about whether employees are entitled to receive overtime pay, by requiring employers to address the issue up front.

If you work in New York or New Jersey and believe your employer violated your right to receive overtime pay, or another one of your rights as an employee, you should consider contacting an experienced employment lawyer.