Last month, Governor Christie signed into law an amendment to the New Jersey Opportunity to Compete Act (“OTCA”).  The OTCA, more commonly known as the “ban-the-box” law, restricts employers from inquiring about a job candidate’s criminal record during the initial job application process. 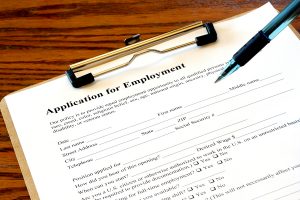 The amendment to the OTCA went into effect on December 20, 2017.  It makes it clear that the OTCA applies to expunged criminal records.   As noted in the Senate’s statement about the amendment, an expungement is the “removal and isolation of all records on file within any court, detention or correctional facility, law enforcement agency, criminal justice agency, or juvenile justice agency” about an individual’s “apprehension, arrest, detention, trial, or disposition of an offense” in the criminal or juvenile justice system.  Ordinarily, once an expungement has been granted, the person’s arrested, conviction, and other related proceedings are considered not to have occurred.

The amendment also makes it clear that the Act prohibits online inquiries about an individual’s criminal history.  The law initially only referred to “written” inquiries, presumably leaving it unclear whether it applies to online inquiries.

END_OF_DOCUMENT_TOKEN_TO_BE_REPLACED 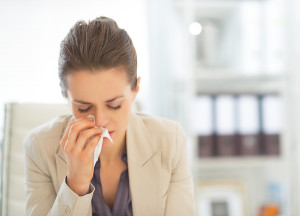 Earlier this month, the City of Elizabeth became the tenth New Jersey municipality to require employers to provide a minimum amount of paid sick leave time off from work.

Elizabeth, which is in Union County, joins Newark, Montclair, Bloomfield, East Orange and Irvington in Essex County, Jersey City in Hudson County, Passaic and Paterson in Passaic County and Trenton in Mercer County in entitling employees to paid sick leave time off from work.

END_OF_DOCUMENT_TOKEN_TO_BE_REPLACED 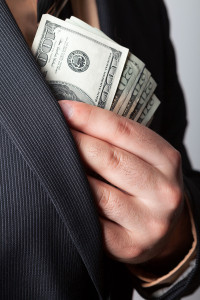 One important employment law principle is that employees owe a duty of loyalty to their employers. This generally means they cannot act contrary to the interest of their current employer. The New Jersey Supreme Court recently explained that an employee who breaches this duty can be required to pay back the salary he received while he was disloyal, even if the breach did not cause the employer any damage. The concept of requiring an employee to pay back his salary based on his misconduct is called “equitable disgorgement.”

The trial court ruled that Mr. Rosefielde violated his duty of loyalty to his employers. For example, when he formed a new business to manage the timeshare properties owned by one of Mr. Kaye’s businesses, Mr. Rosefielde gave himself a larger percentage ownership in the new business than he and Mr. Kaye had agreed. Mr. Rosefielde also falsely claimed another new business he formed would manage sales only for one of Mr. Kaye’s businesses, but tricked Mr. Kaye into signing documents authorizing the new company to manage sales for companies all over the world. Mr. Rosefielde’s other misconduct included receiving reimbursement for $4,000 of personal expenses by falsely claiming they were business expenses, directing someone to forge the signatures of defaulting timeshare unit owners who could not be located to transfer their ownership without foreclosure proceedings, and making misrepresentations to an insurance company to provide health insurance to independent contractors working for Mr. Kaye’s businesses.

END_OF_DOCUMENT_TOKEN_TO_BE_REPLACED

Last month, New Jersey passed a new employment law that provides some protection to individuals who have criminal records. Officially named The Opportunity to Compete Act, the law is more commonly referred to as a “ban-the-box” law because it limits when employers can include a box on job applications to indicate whether the job candidate has been convicted of a crime.

The law was passed because it has become extremely common for large companies to conduct criminal background searches before they make hiring decisions. According to the New Jersey Legislature, this impacts tens of millions of adults who have criminal records, even though they can make a valuable contribution to the workforce. The Legislature considers this particularly important since finding employment significantly reduces the likelihood someone will repeat their criminal behavior.

END_OF_DOCUMENT_TOKEN_TO_BE_REPLACED

New Jersey law prohibits employees from disclosing or using certain confidential information that belong to their employers. Since many companies are sensitive about having their trade secrets used by their competitors, they frequently require employees to sign confidentiality and trade secret agreements prohibiting employees from using or disclosing their confidential information. Employees should be aware that earlier this month employers gained additional protection for their trade secrets when Governor Christopher Christie signed the New Jersey Trade Secrets Act into law.

What Does The New Jersey Trade Secrets Act Prohibit?

END_OF_DOCUMENT_TOKEN_TO_BE_REPLACED

On December 22, 2009, President Obama signed into law the Fiscal Year 2010 Defense Appropriations Act. This new employment law extends the period during which certain employees who are laid off or otherwise lose their jobs through no fault of their own can receive a federal subsidy of their health care costs.

More specifically, this new law extends the period of the subsidy under the American Recovery and Reinvestment Act, commonly called the 2009 Economic Stimulus package. Specifically, for a limited period the United States government will pay 65% of the health insurance premiums for qualified employees, for up to nine months after an employee is involuntarily fired or laid off. Under the Stimulus package, that subsidy applies to qualified employees who lose their jobs between September 1, 2008 and December 31, 2009. The 2010 Defense Appropriations Act extends that period through February 28, 2010. It also extends the maximum length of the subsidy from 9 months to 15 months.

This benefit applies to former employees who are covered by the Consolidated Omnibus Budget Reconciliation Act (COBRA) who involuntarily lose their jobs between September 1, 2008 and December 31, 2009. COBRA applies to people who are eligible to receive health insurance benefits from a company with at least 20 employees. The government subsidy also applies to former employees who work in states that have “comparable continuation coverage” that apply to smaller companies (often called mini-COBRA laws). That includes employees who work for smaller companies in both New York and New Jersey.

END_OF_DOCUMENT_TOKEN_TO_BE_REPLACED

A new amendment to an important employment law was included in the American Recovery and Reinvestment Act, a law which you might know better as President Obama’s most recent Economic Stimulus package. Under that law, the United States government will pay 65% of an employee’s health insurance premiums for up to nine months after an employee is involuntarily fired or laid off. This new provision is part of the Consolidated Omnibus Budget Reconciliation Act (COBRA). It applies to individuals who are covered by COBRA who involuntarily lose (or lost) their jobs between September 1, 2008 and December 31, 2009. It even covers individuals who have already turned down COBRA benefits since September 1, 2008.

END_OF_DOCUMENT_TOKEN_TO_BE_REPLACED

The New York Department of Labor’s new guidelines provide additional detail regarding the rights and requirements of New York’s blood donation leave law. For example, they indicate that: