On July 26, 2019, New Jersey’s Appellate Division issued a detailed ruling regarding the non-compete and non-solicitation provisions in ADP, LLC’s stock option plan.  In the process, the court provided a detailed explanation of how New Jersey courts should analyze restrictive covenants.

The appeal stems from separate cases ADP filed against six of its former sales representatives, Erik Kusins, Ryan Hopper, Anthony M. Karamitas, Nick LeNoble, Michael DeMarco and Daniel Hobaica.  They had mixed results at the trial court level.  Those cases were consolidated in a single appeal.

ADP has restrictive covenants with most of its sales force.  Specifically, most of its sales employees are required to sign agreements that include non-compete and non-solicitation provisions that prohibit them from soliciting any ADP clients who they had contact with at ADP, for 12 months after they stop working for ADP, in the geographical territory in which they worked for ADP. 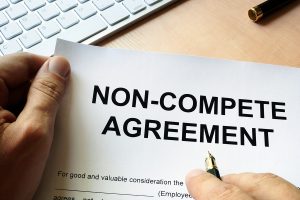 However, ADP offers stock options to some of its top salespeople.  To receive stock options, an employee is required to enter into an agreement that includes an even higher level of post-employment restrictions.  Specifically, those agreements prohibit employees from soliciting any actual or prospective client of ADP for 12 months after they stop working for the company, whether or not the employee had any contact with the client while he or she worked for ADP.  These agreements also require the employees to pay ADP’s legal fees if the company successfully sues them for breaching one of the restrictive covenants.

In ADP, LLC v. Kusins, the Appellate Division concluded that APD had a legitimate interest in restricting its top sales people from competing after their employment ends.  However, it concluded that the non-compete and non-solicitation obligations in those agreements were too broad.  As a result, it “blue penciled” those restrictions, meaning it modified them to make them reasonable.

Specifically, with respect to the non-solicitation clause the appellate court concluded it was improper for ADP to prohibit former employees from soliciting any of ADP’s clients and prospective clients. The court noted that ADP has 620,000 clients throughout the world, making it impossible for an employee to know all of the company’s clients.  Accordingly, it limited the scope of the non-solicitation clause to apply only to (1) ADP’s actual clients who the former employee knows are ADP’s client, and (2) prospective clients who the employee learned about through his or her employment with ADP.

With respect to the non-compete provision in ADP’s stock option agreements, the Appellate Division concluded it was appropriate for ADP to prohibit former employees from working for a competitor in the same territory in which the employee had worked for ADP.

Finally, the court found that the attorney-fee provision in the stock option agreement was enforceable and applicable if ADP “substantially prevailed” in a lawsuit under it.

The bottom line for employees is that under New Jersey law, generally non-compete and non-solicitation agreements are enforceable to the extent they are not unreasonable.  However, the restrictions imposed by these provisions can dramatically limit your job opportunities and thus can be very disruptive to your career.  As a result, we highly recommend that you discuss any agreement that contains a restrictive covenant with an experienced employment lawyer before you sign it.  Likewise, if you have already signed one, it can be extremely important to speak to an employment attorney before you accept another job.

For additional information, or to schedule a consultation, please feel free to contact us at (973) 744-4000.