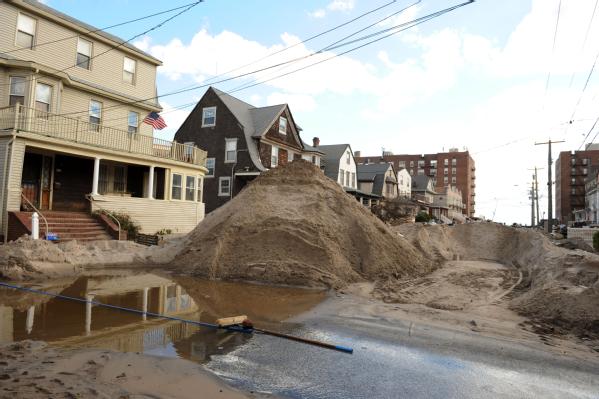 As a result of Hurricane Sandy, many businesses in New York and New Jersey had to stop their operations for a considerable period of time. Now that many employees are returning back to work, they are asking whether they should be paid for the days when their offices were closed due to the storm.

The United States Department of Labor provides a clear answer to this question as it relates to employees who are “exempt” under the Fair Labor Standards Act (FLSA). An employee is generally considered exempt if he meets certain requirements regarding his job duties and is paid a salary of at least $455 per week ($23,660 per year based on a full time schedule). The most common exemptions are for employees employed in a bone fide executive, administrative, and professional capacities.

An employer may not withhold pay to an exempt employee because the office was closed as a result of the storm or another natural disaster without jeopardizing the employee’s exempt status. In other words, if a company fails to pay an exempt employee his salary for the period he was unable to work during a natural disaster, then that employee might be entitled to overtime pay if he works more than 40 hours in a week. However, if the employee has accrued vacation or personal time, the employer can require the employee to use that time during his absence from work due to the storm.

As far as non-exempt employees, under the FLSA employers are required to pay them only for the hours they actually worked. Thus, unless they used paid time off, employees who are paid on an hourly basis and other non-exempt employees are not entitled to pay for the days they were unable to work because of the natural disaster. Of course, companies still have to pay employees if they are required to do so under an individual employment contract, a collective bargaining agreement, or a company policy.

Employees who became unemployed as a result of Hurricane Sandy may be eligible for Disaster Unemployment Assistance. The information about the requirements and the application process is available through the New Jersey Department of Labor and the New York Department of Labor.

The employment lawyers at Rabner Baumgart Ben-Asher & Nirenberg can help you determine if you are an “exempt” employee under the FLSA, and can represent you if your employer unlawfully failed to pay your wages.