The case began with a random audit by the New Jersey Department of Labor (“DOL”).  The DOL found 16 employees had been misclassified as independent contractors.  On appeal, East Bay Drywall (“East Bay”) contested that 11 of them were employees.

END_OF_DOCUMENT_TOKEN_TO_BE_REPLACED 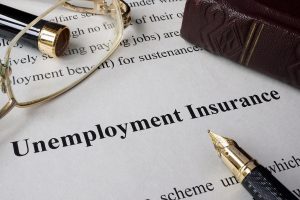 Earlier this month, in a precedent-setting opinion, New Jersey’s Appellate Division ruled that the unemployment insurance benefits a former employee receives after being fired do not reduce the amount of lost wages the employee can recover in an employment discrimination lawsuit.

Rex Fornaro worked as a flight instructor for Flightsafety International, Inc.  After Flightsafety fired him, he brought a disability discrimination and retaliation lawsuit against it under the New Jersey Law Against Discrimination (“LAD”).

After a trial, a jury concluded that Flightsafety had discriminated against Mr. Fornaro because he is disabled and because he requested a reasonable accommodation for his disability.  The jury awarded him $83,000 in past economic damages (“back pay”), but did not award him anything for his alleged emotional distress.  A judge subsequently awarded Mr. Fornaro’s lawyers a total of approximately $380,000 in attorneys’ fees and costs.