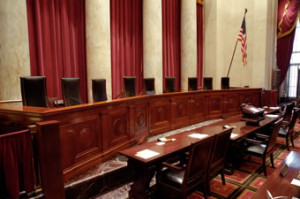 The District Court dismissed Mr. Thompson’s case, ruling that Title VII does not permit third party retaliation claims. That decision was affirmed on appeal. But in Thompson v. North American Stainless, LP, the United States Supreme Court disagreed, and instead ruled that Mr. Thompson has a valid retaliation claim under Title VII because “a reasonable worker might be dissuaded from engaging in protected activity if she knew that her fiancé would be fired.”

The Supreme Court decided not to set a bright line rule on what type of personal relationship is enough to claim that a company retaliated against am employee based on someone else’s legally protected activity. It noted that a close family member will almost always meet the standard, but left open whether retaliation against an employee’s girlfriend, boyfriend, close friend, or trusted co-worker would be protected.

The United States Supreme Court’s decision in Thompson is similar to the New Jersey Supreme Court’s 1995 ruling in Craig v. Suburban Cablevision. Craig holds that the anti-retaliation provision of the New Jersey Law Against Discrimination prohibits an employer from retaliating against an employee’s close friends and relatives who work for the same company, since otherwise employers could discourage employees from complaining about discrimination by threatening, intimidating, or otherwise harming their friends or family.

Retaliation in the workplace violates the law. If your employer has retaliated against you, you should contact an employment lawyer in New Jersey or New York who can help enforce your employment law rights.