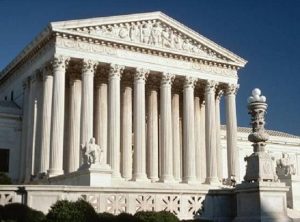 Last week, the United States Supreme Court issued an interesting ruling in an employment law case that impacts the statute of limitations.

By way of background, when a case is filed in (or removed to) federal court based on the fact that the plaintiff has asserted a federal claim, the plaintiff can bring related state law claims in the same case.  For example, if an employee brings a claim under Title VII of the Civil Rights Act (“Title VII”), a federal anti-discrimination law, he also can assert related claims under the New Jersey Law Against Discrimination (“LAD”).  This is called “supplemental jurisdiction.”

Recognizing that the statute of limitations on state law claims often would have expired by the time someone has the chance to refile those claims in state court, the Supplemental Jurisdiction Statute says that the statute of limitations on those claims “shall be tolled while the claim is pending [in federal court] and for a period of 30 days after it is dismissed unless State law provides for a longer tolling period.”

Stephanie Artis filed a lawsuit in which she claimed her employer, the District of Columbia’s Department of Housing, discriminated against her because of her gender in violation of Title VII.  She also asserted discrimination and retaliation claims under District of Columbia law which, for purposes of the Supplemental Jurisdiction Statute, is treated as a state law. The federal court dismissed her Title VII claim and declined to exercise jurisdiction over her state law claims.

Ms. Artis re-filed her state law claims in the D.C. Superior Court 59 days after the federal court dismissed her federal lawsuit. However, the Superior Court interpreted the Supplemental Jurisdiction statute to merely provide a 30-day grace period.  Since Ms. Artis’s state law claims were beyond the statute of limitations and the 30-day grace period, the court dismissed her case.  That ruling was affirmed on appeal by D.C. Court of Appeals.

However, in Artis v. District of Columbia, the Supreme Court concluded that the Supplemental Jurisdiction intends to stop-the-clock on the statute of limitations for the entire time the case is in federal court, plus an additional thirty days.  Accordingly, it reversed the ruling that D.C. Court of Appeals’ ruling that Ms. Artis filed her case in state court after the statute of limitations had expired, and remanded the case to the D.C. Superior Court.