Governor Murphy signed into law on April 24, 2018 a law known as the Diane B. Allen Equal Pay Act.  It amends the New Jersey Law Against Discrimination (“LAD”) to expand and strengthen the rights of employees to be paid equally for their work without regard to their gender, pregnancy, race, age, national origin, ancestry, age, disability, marital status, civil union and domestic partnership status, and sexual orientation—which are known as protected classes.  As a result, New Jersey may have the strongest state law in the country which prohibits discrimination in pay. 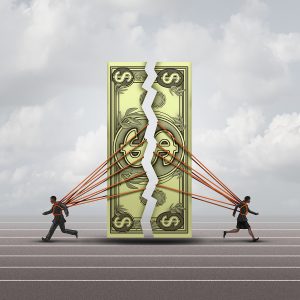 The new law, which goes into effect on July 1, 2018, makes it unlawful for an employer to pay an employee lower compensation than it pays employees for substantially similar work because of the employee’s membership in a protected class.  The judgment whether work is substantial similar is based on looking at the skill, effort and responsibility which the jobs involve.  The comparison of wage rates will be based on rates in all of the employer’s operations and facilities.

Employers are prohibited from correcting unequal compensation by reducing the pay rate of any employee. Instead, the employer must increase the pay of the lower paid employee to the level of the higher paid employees who performs substantially similar work.

Previously, an employee had to start a lawsuit for unequal pay within two years of each illegal act of discrimination.  Under the new Equal Pay Act, an employee will have six years from the time of each illegal act to start a lawsuit.  That longer time period will mean that employees who prevail on equal pay claims will be able to be awarded back pay for a much longer period of time.

Another major expansion of employees’ remedies under the new statute is that if a jury finds an equal pay violation the judge has to order the employer to pay the employee “treble damages,” meaning three times the actual monetary damages.  Treble damages also are available to an employee who establishes in a lawsuit that the employer retaliated because the employee asserted his or her right to receive equal pay.

The new statute likely will result in many employers reevaluating the amount they are paying employees in protected classes and, in appropriate instances, increasing the compensation of those people.