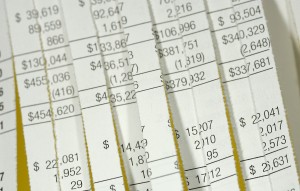 The Sarbanes Oxley Act is a 2002 law that was passed in 2002 in response to the collapse of Enron Corporation.  It includes an anti-retaliation provision that prohibits public companies, as well as their employees and agents from firing, harassing, demoting, suspending, or otherwise discriminating against employees who blow the whistle on certain activities prohibited by the Act.

In determining whether Mr. Zang and Ms. Lawson are protected by the Sarbanes-Oxley Act, the Supreme Court focused on the relevant language of the anti-retaliation provision, which prohibits any publicly traded company or any “officer, employee, contractor, subcontractor, or agent of such company” from retaliating against an employee who provides information or otherwise assists in certain investigations into possible violations of the Act.  The Court concluded that the plain meaning of this provision prohibits contractors and subcontractors from retaliating against their own employees, rather than merely prohibiting them from retaliating against employees of publicly traded companies.  It supported this interpretation on the basis that normally contractors and subcontractors can only terminate, demote or suspend employees of their own company, rather than employees of the publicly traded companies which they manage.

The Supreme Court further supported its ruling based on the fact that the collapse of Enron involved fraud by its private accounting firm, Arthur Andersen.  The Act was passed in part because employees of Arthur Andersen who reported the fraud experienced retaliation, including demotions and terminations as a result.  The court reasoned that if the whistleblower provisions only protected employees of publicly trades companies, then it would not protect employee of companies like Arthur Anderson who blow the whistle on fraud committed by a public traded company for which they work.  This would thwart the Act’s express purpose of “protect[ing] investors by improving the accuracy and reliability of corporate disclosures made pursuant to the securities laws.”

Accordingly, the Court held that the Sarbanes-Oxley Act’s whistleblower protection applies to individuals who work for publicly traded companies through privately held companies such as law firms, accounting firms and investment companies.  It therefore ruled that Mr. Zang and Ms. Lawson can proceed with their cases.