The United States Supreme Court recently ruled that the federal Pregnancy Discrimination Act (“PDA”) can require employers to provide reasonable accommodations to women who are pregnant even if they are not disabled.

The PDA establishes that pregnancy discrimination in the workplace violates federal law. It also includes a provision that requires employers to treat “women affected by pregnancy . . . the same for all employment-related purposes . . . as other persons not so affected but similar in their ability or inability to work.” 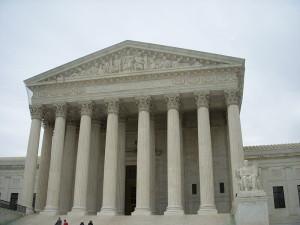 In the case, Peggy Young worked for United Parcel Service, Inc. (“UPS”) as part-time driver. Although UPS requires its drivers to be able to lift packages up to 75 pounds, during the first 20 weeks of her pregnancy Ms. Young’s doctor advised her not to lift more than 20 pounds. UPS provides accommodations to disabled employees who are unable to lift 75 pounds, as well as to employees who have lost their Department of Transportation certifications. The company refused to provide this accommodation to Ms. Young. Instead, it placed her on an unpaid leave of absence during most of her pregnancy. Ms. Young sued, alleging UPS violated the PDA by failing to accommodate her lifting restrictions.

Both the District Court and the Court of Appeals dismissed Ms. Young’s case, finding it was not relevant that UPS provided the same accommodation to its disabled employees. It reasoned that those employees were not similar enough to Ms. Young to provide a valid comparison. On appeal, the Fourth Circuit affirmed.

Based on its ruling, the Supreme Court sent the case back to the Fourth Circuit to determine whether Ms. Young has presented enough evidence to support her claim.

While Young may be a groundbreaking case in many parts of the county, as I previously discussed, both New Jersey (New Jersey Passes Law Prohibiting Pregnancy Discrimination) and New York City (New Rights for Pregnant Employees in NYC) already require even more generous accommodations to women who are pregnant.