Last week, New Jersey’s Appellate Division refused to dismiss a criminal indictment against an employee who took documents from her employer in an attempt to support her employment discrimination claims. While it is a criminal case, it undoubtedly has implications for employment lawyers and individuals with employment law claims.

Ivonne Saavedra worked for the North Bergen Board of Education in Hudson County, New Jersey. She is being prosecuted for taking 367 documents from her employer, including 69 original documents. According to the prosecutor, many of those documents are “highly confidential” and contain “very sensitive” information. A grand jury indicted Ms. Saavedra for second-degree official misconduct and third-degree theft.

According to Ms. Saavedra, she took the documents to help prove she was a victim of gender and ethnic discrimination at her job. She is arguing she had the legal right to take the documents based on a previous New Jersey Supreme Court case, Quinlan v. Curtiss-Wright Corp. Quinlan establishes a balancing test to determine if an employee is protected from retaliation when she takes documents from her employer to help prove an employment discrimination case. I discussed Quinlan in a previous article, Can You Be Fired For Giving Confidential Company Documents to Your Employment Lawyer?

In <a href="http://caselaw.findlaw.com/nj-superior-court-appellate-division/1653417.html" target="_blank"State v. Saavedra, the Appellate Division concluded that a judge does not have to conduct an analysis under Quinlan to determine if an employee can be prosecuted for taking documents from her employer, even if she took them in an effort to prove her discrimination claim. The Court concluded that since there is evidence to support each of the elements of the relevant crimes, the criminal indictment should stand. 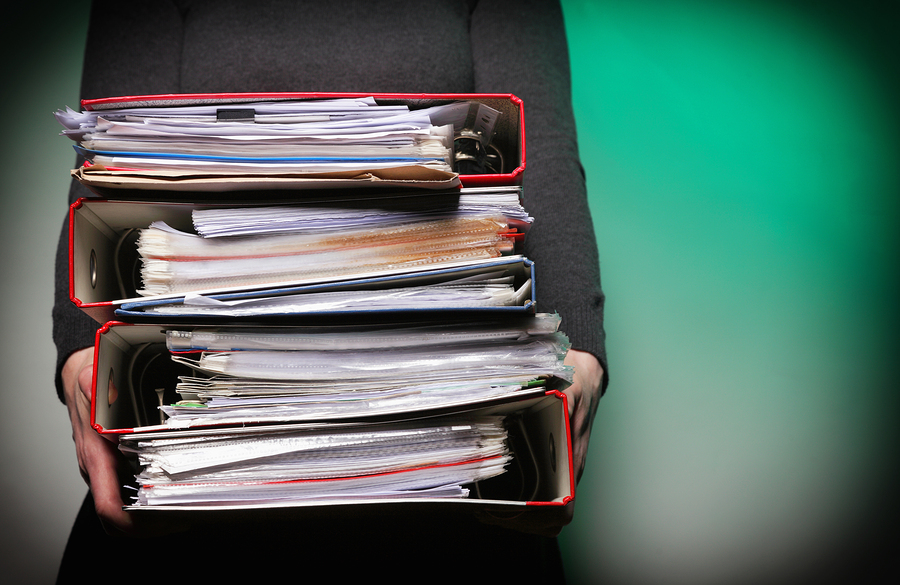 However, the Appellate Court recognized that at her trial Ms. Saavedra will have the opportunity to prove she had an honest belief that she had the right to take the documents to support prove her discrimination case. The appellate court referred to this as an “honest error” defense.

The decision notes that if Hudson County prosecuted Ms. Saavedra to retaliate against her for pursuing a discrimination case against the Board of Education, she can bring a civil claim against it for malicious prosecution. She also presumably could bring a retaliation claim under the New Jersey Law Against Discrimination (LAD). Of course, that is likely to be of little solace to Ms. Saavedra while she is facing a criminal prosecution.

The ruling also includes a very strong dissenting opinion from one of the three appellate judges. That judge takes the position that prosecuting Ms. Saavedra would be fundamentally unfair. In doing so, the dissent relies on the strong public policy embodied by the LAD and the Conscientious Employee Protection Act (CEPA) to protect employees against unlawful discrimination and retaliation. It explains that employees in Ms. Saavedra’s shoes are not on fair notice that they are not permitted to take confidential documents from their employers to try to support their discrimination or retaliation lawsuits, especially in light of the protection provided by the New Jersey Supreme Court in Quinlan.

Fortunately, since there is a dissenting opinion in the Appellate Division, there is a good chance the New Jersey Supreme Court will review the case. In the meantime, employees who are considering taking documents from their companies to try to prove discrimination or retaliation claims should act with extreme caution, and should strongly consider talking to an employment lawyer before deciding what to do.