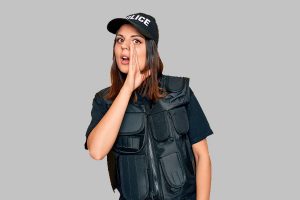 Shortly after she entered into the settlement agreement, Sgt. Savage was interviewed by Sarah Wallace of the Channel 4 NBC news.  During the interview, Ms. Wallace repeated many of Sgt. Savage’s claims and allegations about the Police Department, and Sgt. Savage stated that Neptune had been unable to fire her or demote her, and had abused her for approximately 8 years.  Sgt. Savage also stated that women in the department still are “oppressed,” “They don’t want women there” and “It has not changed, not for a minute.  It’s not gonna change, it’s the good ol’ boy system.”

In its May 31, 2022 opinion, the Appellate Division interpreted a 2019 amendment to the LAD that deems any agreement that requires an employee to conceal the details relating to his or her claim of discrimination, retaliation, or harassment to be unenforceable.  You can read more about that amendment in our previous article: New Protection to Employees Under New Jersey Law Against Discrimination.

The appellate court concluded that the amendment does not outlaw non-disparagement agreements to the extent they do not prohibit an employee from discussing the facts supporting his or her LAD claim.  Thus, it ruled that a non-disparagement could prevent Sgt. Savage from making negative statements about Neptune, Mr. Bascom and Chief Hunt other than the facts supporting her past legal claims.

Notably, Sgt. Savage did not argue that the non-disparagement clause violated the First Amendment to the United States Constitution, or the New Jersey Constitution’s free speech clause.  As a result, the Appellate Division did not address that issue.  Rather, it concluded that the LAD does not prohibit parties from entering into enforceable agreements not to disparage each other about things other than the facts supporting the employee’s prior claims of discrimination, harassment or retaliation.